1. Living Outside the United States

Each year many people unintentionally abandon their green card status when they move back to their home country. They may need to take care of a sick family member, attend school or even tend to their own medical needs. Without the right preparation and planning, it leads to the most common way to lose permanent resident status.

There are exceptions. Permanent residents who obtain a reentry permit prior to departure can generally extend their absence up to 24 months. Additionally, U.S. government personnel (military and direct-hire civil service employees), their spouses and minor children who hold permanent resident status may remain outside of the United States for the duration of an official overseas assignment plus four months without losing their resident status. There is also an exception for permanent residents in commuter status – green card holders who work in the U.S. but live across a border in Canada or Mexico.

If you have ever filed Form I-407, you have voluntarily abandoned your status as a lawful permanent resident of the United States. Each year several thousand people file Form I-407, Record of Abandonment of Lawful Permanent Resident Status.

The most common reason people file Form I-407 is to escape the obligation of paying U.S. taxes. However, anybody that wishes to do this should consult with an immigration attorney and tax professional that can advise them on the long-term consequences of their actions. There are other former U.S. immigrants that simply decide they want to leave the United States permanently.

In some cases, CBP officers may ask certain individuals to sign Form I-407. If you’ve been living outside the United States (as discussed in the previous section) and the CBP officer believes you have abandoned your U.S. residence, you generally have the right to defend yourself in removal proceedings. The officer may ask you to sign Form I-407 so that you give up this opportunity to defend yourself and voluntarily deport yourself. If your intention is to continue your permanent residence, do not sign I-407 and contact an immigration attorney.

A fraud is generally committed when an individual lies to obtain immigration benefits of some kind. However, any assertation or representation of facts that is not completely truthful can create significant immigration problems and potentially result in the loss of permanent resident status.

Marriage has been a long-time target of fraud. Marriage to a U.S. citizen is one of the fastest paths to a green card. As a result, dishonest individuals use it as a vehicle to fraudulently obtain permanent residence. Marriage fraud comes in many different forms. USCIS has identified the following types of marriage fraud:

Most foreign nationals applying for a U.S. nonimmigrant visa must demonstrate that they plan to return home when they are done with their intended program or activity. This standard, known as nonimmigrant intent, requires the individual to have a residence abroad that he or she has no intention of abandoning.

The U.S. Department of State uses a 90-day rule to evaluate cases in which the nonimmigrant attempts to change status or adjust status to permanent resident. The 90-day rule is a guideline of sorts that there’s a presumption of fraud if a person violates his or her nonimmigrant status or engages in conduct inconsistent with that status within 90 days of entry. For example, entering the United States on a B-2 visa with the preconceived intent of getting married and filing Form I-485 to adjust status would be a violation of the visa terms.

It’s impossible to create a precise list of crimes that will result in deportation. Only an experienced immigration attorney can analyze a specific situation and provide an opinion. Very generally, officials may remove a person from the United States if he or she:

Again, this is not a complete list. Even renewing a green card after an arrest can be problematic for certain individuals. Contact an immigration lawyer to discuss your specific case.

If immigration officials believe that a permanent resident is deportable, the individual will generally will not be removed immediately. In most cases, the green card holder will have a right to defend himself in immigration court. However, an individual with an outstanding order of removal could be deported more swiftly.

5. Failing to Remove Conditions on Residence

Conditional residents who fail to remove the conditions on residence are generally removable upon the expiration of their two-year green cards.

Citizenship is the Best Way to Lose Permanent Resident Status

Many permanent residents who have resided in the United States for at least five years are now eligible to file Form N-400, Application for Naturalization.

CitizenPath provides simple, affordable, step-by-step guidance through USCIS immigration applications. Individuals, attorneys and non-profits use the service on desktop or mobile device to prepare immigration forms accurately, avoiding costly delays. CitizenPath allows users to try the service for free and provides a 100% money-back guarantee that USCIS will approve the application or petition. We provide support for the Green Card Replacement Application (Form I-90), US Citizenship Application (Form N-400), and several other USCIS forms. 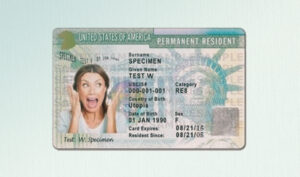 You’ve decided that it may be time to apply for U.S. citizenship, but you also END_OF_DOCUMENT_TOKEN_TO_BE_REPLACED

Divorce can be a devastating life event. It’s emotionally exhausting, financially costly and can even END_OF_DOCUMENT_TOKEN_TO_BE_REPLACED