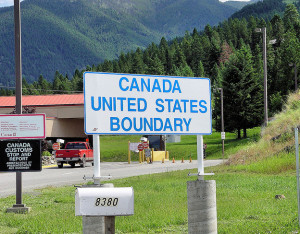 Although permanent residents can travel abroad for short-term purposes, they must maintain residence and ties to the United States, or risk abandoning their resident status.

Permanent resident in commuter status is an exception made available to some residents of Canada and Mexico. “Commuter status” allows these individuals to live in Canada or Mexico, while working in the United States, without risking abandoning their resident status. The Code of Federal Regulations at 8 CFR §211.5 describes the details.

Mistakes on your I-90 application can cause costly delays or a denial.

Prepare your I-90 correctly and affordably with CitizenPath. The attorney-reviewed software guides you through the application and provides help to answer questions like this one. And personalized filing instructions help you to file your application today knowing that you did everything right! No credit card or signup required to get started. Try it before you buy it >>

Limitation of Rights for Permanent Resident in Commuter Status

How to Switch from Commuter Status to a Standard Permanent Resident