Your chances of having a green card renewal denied are on the rise. In fact, based on U.S. Citizenship and Immigration Services (USCIS) data reviewed, the number of denied applications increased over the last decade. All of this comes when USCIS has increased the fee to renew green cards over 300% in the last 20 years.

In fiscal years 2016-2017, USCIS denied an average of 30,242 applications per year according to government data. From 2018-2019, that average exploded to 103,140 denials per year. Too many applications are getting denied for unnecessary reasons. When USCIS denies an application, the immigration agency keeps the filing fees and the applicant is denied benefits. If certain immigration violations are exposed in the review process, this can lead to significant legal problems for the applicant.

There are a variety of ways that USCIS may deny Form I-90. Most people won’t run into a problem, but the impact can be significant. Here are four of the most common reasons USCIS may deny a renewal application for a green card:

CitizenPath Guarantees Your I-90 Will Be Approved
When you prepare your I-90 application on CitizenPath, we provide simple, step-by-step instructions and alerts to help you avoid costly delays. We even guarantee USCIS will approve your form. No credit card is required to try it.

And What About These Issues?

Although it’s unlikely that USCIS will deny an early green card renewal, they will most likely reject it. USCIS requests that applicants do not renew a green card more than 6 months prior to the expiration date on your current card. To learn more, read When to Renew Green Card.

Traveling abroad for more than one year at a time or spending significant amounts of time outside the U.S. over multiple trips probably won’t result in getting your green card renewal denied. However, it can lead to green card abandonment or create an obstacle to U.S. citizenship. Avoid taking any trips abroad that are six months or longer. Learn more about becoming a U.S. citizen.

As a U.S. citizen or immigrant working in the United States, you may be legally obligated to file an income tax return. Although this most likely won’t get your I-90 application denied, it will become problematic. You could be fined, prosecuted, and it is unlikely that you can become a U.S. citizen. In most cases, it can be resolved by setting up a payment plan. Learn more about becoming a U.S. citizen.

Permanent residents applying to renew their green cards generally are not affected by the new public charge rule. Form I-90 does not include questions about income and public benefits. However, permanent residents do need to be aware that they are subject to all grounds of inadmissibility if they depart the United States and then seek readmission after 180 days. If a permanent resident travels outside the U.S. for more than 180 days and is also viewed by the Customs and Border Protection officer as someone who was likely to become a public charge at the time of readmission, the green card holder could be subject to a charge of being deportable for being inadmissible at the time of admission. As a permanent resident, it is always best to avoid trips more than 180 days.

CitizenPath provides simple, affordable, step-by-step guidance through USCIS immigration applications. Individuals, attorneys and non-profits use the service on desktop or mobile device to prepare immigration forms accurately, avoiding costly delays. CitizenPath allows users to try the service for free and provides a 100% money-back guarantee that USCIS will approve the application or petition. We provide support for Renew Green Card (Form I-90), Petition to Remove Conditions of Residence (Form I-751), Citizenship Application (Form N-400), and other immigration services.

Note to Reader: This post was originally published on November 13, 2014, and has been modified with improvements. 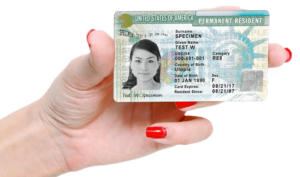 Permanent residents use Form I-90, Application to Replace Permanent Resident Card, to apply for the replacement or renewal of an Continue reading → 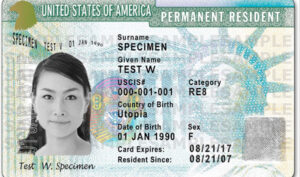