Under the 90-day rule, there’s a presumption of misrepresentation (fraud) if a person violates their nonimmigrant status or engages in conduct inconsistent with that status within 90 days of entry. This rule only applies to nonimmigrants with visas or statuses that do no carry an allowance for immigrant intent. If a nonimmigrant attempts certain activities during this 90-day period, the applicant should expect increased scrutiny.

In fact, any foreign national visitor on a visa that doesn’t allow for immigrant intent should be aware of the rule because it may affect how immigration officials perceive attempts to change status or adjust status to permanent resident. The 90-day rule applies a presumption that a nonimmigrant visa holder made a misrepresentation at the time of admission or application for a nonimmigrant visa when that nonimmigrant enters the United States and within 90 days engages in conduct inconsistent with his or her nonimmigrant status.

However, this rule has changed over time. And although U.S. Citizenship and Immigration Services (USCIS) no longer uses a 90-day rule, it still provides a reasonable guideline for applicants whose intent has changed after entering the United States. What follows is a fairly technical article, but it provides a complete overview that many green card applicants filing Form I-485, Application to Adjust of Status, should be aware of.

Before describing the 90-day rule, it’s important to understand the term “misrepresentation” in immigration law. Misrepresentation is a false or misleading statement or a material omission which renders other statements misleading, with intent to deceive.

A foreign national who commits fraud or makes a material misrepresentation in order to get an immigration benefit is inadmissible and subject to permanent removal from the United States.

When applying for most nonimmigrant (temporary) U.S. visas, the applicant must prove that he or she plans to return home when they complete the stated purpose of the trip. For example, temporary visa categories (such as B, F, J, M, Q, TN and visa waiver program visitors) have short-term activities assigned to them. Examples of short-term activities are tourism, business, education, and some employment. Nonimmigrant intent means that the visa holder does not plan (and is not authorized) to stay permanently in the United States. In fact, there is a presumption of immigrant intent in U.S. immigration law. Therefore, the burden of proof falls on nonimmigrant visa applicants to prove they have sufficient ties to their home country that will compel them to leave the U.S. after the temporary stay.

That’s why an immigration official probably asked you certain questions in your visa interview (if you had one). The consular officer may have asked about your financial ties (e.g. property ownership, investments, bank accounts) and employment ties (e.g. employer letter) to your home country. In fact, to prove your nonimmigrant intent, you had to establish that you:

The consular officer wanted to make sure you had nonimmigrant intent before granting the nonimmigrant visa. Even if you entered the U.S. through the visa waiver program (without an interview), the same rules apply.

In practice, there are often nonimmigrant visitors who enter the United States with intentions other than the stated purpose of their visas. In fact, it’s common for people to mistakenly assume they can enter the U.S. on a B-2 visa with the plan to marry a spouse in the U.S. once here. Many people do this successfully without a problem, but this act does violate the terms of the nonimmigrant visa.

On the other hand, some couples may decide to marry more spontaneously during the course of a visit. For example, a B-2 nonimmigrant may enter the U.S. with the intent to visit a boyfriend/girlfriend and then return to their home country. If during the stay, the couple decides to marry, this is not a violation of the visa. The nonimmigrant’s intent was to depart as required by the visa. But the nature of the visit changed, and this resulted in a marriage and a new intent to stay permanently. There is no misrepresentation.

Department of State Use of 90-Day Rule

For many years, the U.S. Department of State has utilized policies that enables their adjudicators to “presume” misrepresentation. In other words, they can assume something is true when if certain circumstances are at play. In 2007, they introduced a 90-day rule that replaced their longstanding 30/60 day rule. The 90-day rule created a rebuttable presumption that a visa applicant made a misrepresentation if the individual engaged in certain conduct within 90 days of admission to the United States.

The Foreign Affairs Manual (FAM) suggests the following actions are sufficient to trigger the application of the 90-day rule:

Because there’s a presumption, this puts the burden on the nonimmigrant to prove it is not true. Therefore, this rule provides broad latitude for consular officers in making misrepresentation finds.

USCIS Use of the Rule

What This Means for Green Card Applicants

Much of this article is technical and may be confusing for many readers not already familiar with immigration law. But it’s an essential explanation to get to this point.

Although USCIS does not have a 90-day rule, the USCIS officer will evaluate your case on it’s merits. For USCIS to make a finding of misrepresentation, there must be circumstances and/or the immigration officer must have evidence that makes misrepresentation more likely than not. USCIS’s policy is generally more lenient that the State Department, particularly as it relates to marriage with a U.S. citizen. Officers do have the broad latitude to determine if an applicant made a misrepresentation. Therefore, it’s still smart for B status visitors to avoid situations that appear obviously flagrant such as:

To determine your entry date, refer to your I-94 arrival/departure record. The USCIS officer adjudicating your adjustment of status case will always evaluate your most recent entry to the United States. If you have multiple I-94 records or multiple entries, always refer to that most recent entry.

While there is legal precedent that immediate relatives of U.S. citizens are exempt from misrepresentation under the previous 30/60 day rule, the first 90 days should be considered risky for an adjustment of status. Based on two cases (the Matter of Battista and the Matter of Cavazos), immediate relatives of U.S. citizens who wish to apply for adjustment of status are exempt from the misrepresentation.

Nonetheless, this is still risky territory. If you entered the United States with a nonimmigrant visa (or visa waiver program or border crossing card) and want to adjust status as an immediate relative (or even get married) within 90 days of entry, speak to an immigration attorney first to ensure there aren’t other factors that affect you.

90-Day Rule Examples of I-485 Applicants

Jonathan is a 24-year old Canadian citizen who enters the United States with a TN worker visa. Jonathan has been simultaneously pursuing a green card through an employer. The employer completed the PERM process and has an approved I-140 petition. The visa number also became available shortly before Jonathan’s most recent entry to the U.S. on the TN visa. Thus, Jonathan files an adjustment of status application soon after arriving in the U.S. Since Jonathan has immediate access to a green card, the USCIS officer may allege Jonathan had a preconceived intent to immigrate upon entering the U.S. on a TN visa. Jonathan could have avoided this problem by returning to Canada and applying for a green card through consular processing.

Julian is a 5-year-old French citizen whose mother recently obtained a green card. Julian’s mother transports him to the United States through the Visa Waiver Program. Although the VWP is for temporary visits, the intent was to get Julian to the U.S. in order to file Form I-485 and adjust status. As the child of a permanent resident, Julian falls into the family preference category. If Julian adjusts status immediately after entry, USCIS may suspect that there was a preconceived intent even though he is child. If Julian adjusts status after 90 days, he will be forced to file Form I-485 while unlawfully present. The Visa Waiver Program visit is valid for 90 days. An applicant from the family preference category cannot file Form I-485 when unlawfully present, and USCIS will likely deny the application. (USCIS may also put the child in removal proceedings.)

Example: Immediate Relative Entering on a B-2 Visa

Marta is a 60-year old Costa Rican citizen who applied for and received a B-2 visa to come to the United States to visit her son and her son’s family. When Marta entered the U.S., she had only intended to stay for a short period of time. Marta decides that she really enjoys being reunited with family in the United States. Therefore, she files an adjustment of status application just eight weeks after entering the U.S. It’s possible that the USCIS could question Marta’s intent. However, without evidence of misrepresentation (and because Marta is an immediate relative of a U.S. citizen), it is less likely that the USCIS officer would flag her case for misrepresentation.

A dual intent visa allows a foreigner to enter the United States as a nonimmigrant but retain the option to adjust status to a permanent resident at some point in the future. Several visas inherently contain the possibility that the visitor will become a permanent resident in the U.S. For example, a foreign fiancé uses a K-1 fiancé visa to enter the U.S. and marry a U.S. citizen. Most will remain in the U.S. and adjust status to become permanent residents. Likewise, employers will routinely sponsor a foreigner worker for an H-1B visa and later sponsor the nonimmigrant for a green card. Most E-, H-, K-, L-, O-, and P-type visas are dual intent visas.

CitizenPath provides simple, affordable, step-by-step guidance through USCIS immigration applications. Individuals, attorneys and non-profits use the service on desktop or mobile device to prepare immigration forms accurately, avoiding costly delays. CitizenPath allows users to try the service for free and provides a 100% money-back guarantee that USCIS will approve the application or petition. We provide services to help you prepare the Adjustment of Status Application (Form I-485), Immigrant Visa Petition (Form I-130), and several other commonly used USCIS forms.

Note to Reader: This post was originally published on January 9, 2018, and has been modified with improvements. 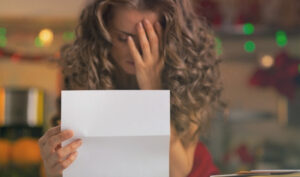 Each year the U.S. government admits thousands of foreign nationals as permanent residents of the United States. Permanent residence is symbolized with a card, most… END_OF_DOCUMENT_TOKEN_TO_BE_REPLACED

An applicant for a family-based green card will need a financial sponsor in the United States before immigrating. Some new green card holders may be… END_OF_DOCUMENT_TOKEN_TO_BE_REPLACED