Individuals with lawful permanent resident status (green holders) often weigh the value of becoming a naturalized U.S. citizen. Many are satisfied with the ability to live and work in the United States, but many others want more. The Constitution and laws of the United States give many rights to both citizens and non-citizens living in the United States.

There are several rights and privileges afforded only to U.S. citizens, but consider these three practical benefits of U.S. citizenship:

These are just three practical benefits of U.S. citizenship. Of course, there are several more great benefits to becoming a U.S. citizen through naturalization:

CitizenPath provides simple, affordable, step-by-step guidance through USCIS immigration applications. Individuals, attorneys and non-profits use the service on desktop or mobile device to prepare immigration forms accurately, avoiding costly delays. CitizenPath allows users to try the service for free and provides a 100% money-back guarantee that USCIS will approve the application or petition. We provide support for the Citizenship Application (Form N-400), Green Card Renewal (Form I-90), and several other commonly used USCIS forms.

Note to Reader: This post was originally published on October 17, 2017, and has been modified with improvements.

Yesterday, the Biden administration unveiled a new immigration reform bill that could affect millions of immigrants and their families. Known as the U.S. Citizenship Act… END_OF_DOCUMENT_TOKEN_TO_BE_REPLACED 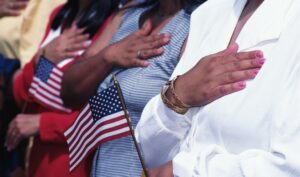 Resources for permanent residents to overcome barriers like money, age, language, and civics knowledge. If you’ve put off naturalization because you think it’s too difficult… END_OF_DOCUMENT_TOKEN_TO_BE_REPLACED 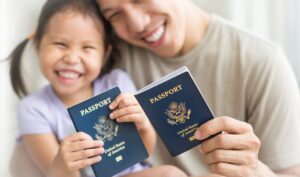 Update: Fee waivers are going away with the 10/02/2020 USCIS fee increase. If you’re already a lawful permanent resident or U.S. national, it may be… END_OF_DOCUMENT_TOKEN_TO_BE_REPLACED