However, U.S. nationals who wish to become citizens have a fairly straight forward path. After establishing residence in a U.S. state, U.S. nationals may generally file an application to naturalize as a citizen.

Historically, persons born in other possessions of the United States during specific periods of time were born as U.S. nationals. This is true in four current or former U.S. overseas possessions:

How to Prove U.S. Nationality

Generally, individuals from American Samoa and Swains Island can provide a birth certificate as evidence of U.S. nationality at birth. However, many people don’t realize that nationals may also obtain a U.S. passport.

The U.S. Department of State evaluated the feasibility of producing a certificate of non-citizen national status. Because this is such a small group of people, the U.S. Department of State determined it was cost-prohibitive to produce a document with the necessary security features. Since the law says U.S. nationals may apply for a certificate, the Department of State decided to create a special version of the passport. Thus, U.S. nationals may apply for a U.S. passport that delineates and certifies their status as a national but not a citizen of the United States.

For U.S. nationals that want to become U.S. citizens, there is a fairly easy path.

Benefits for U.S. Nationals Who Naturalize

U.S. nationals are allowed to live and work in the United States without restrictions. They are given U.S. passports with a special endorsement stating that the holder is a U.S. national vs U.S. citizen.

Although U.S. nationals are protected by and swear allegiance to the United States, they are not granted the same rights and benefits as full citizens. Non-citizen nationals cannot vote for the election of federal politicians such as a congressman or president.

Therefore, becoming a U.S. citizen opens the door to some new benefits:

People who were not born as U.S. citizens may acquire U.S. citizenship through a process known as naturalization. Non-citizen U.S. nationals may file Form N-400, Application for Naturalization, with U.S. Citizenship and Immigration Services (USCIS) to request this benefit. CitizenPath’s online immigration services can you prepare this application and identify the supporting documents you need to submit with your application.

Generally, a non-citizen national may apply for U.S. citizenship under the same rules as legal permanent residents. However, the continuous residence and physical presence requirements are generally met before the applicant decides to naturalize.

U.S. nationals do not need to become permanent residents. Instead, they file Form N-400 after becoming residents. Before filing Form N-400, Application for Naturalization, a U.S. national must become a resident of any State within the United States. In this case, “State” includes any of the 50 Unites States or the District of Columbia, Puerto Rico, Guam, and U.S. Virgin Islands.

To become a U.S. citizen, a non-citizen U.S. national will need to meet the following requirements:

Be at least 18 years old

To apply under this eligibility category, you must be 18 years of age or older.

Have 5 years continuous residence in the U.S.

Continuous residence means that the applicant has maintained residence within the United States for a specified period of time. You may take trips to other countries but must maintain ties to the U.S. For example, during your trip abroad you continue to file taxes, maintain a residence, and intend to return to the U.S. Have you taken any trips abroad that lasted 6 months or longer? If so, you may have disrupted your continuous residence. Please contact an immigration attorney before filing.

For the purposes of meeting this requirement, your residence in an outlying possession (American Samoa or Swains Island) counts as time in the United States.

Be physically present in the U.S. for at least 30 months out of the most recent 5 years

Physical presence is a cumulative requirement. Therefore, you must combine the number of days of all your trips outside the U.S. and its outlying possessions. If you were deployed with the U.S. military, your time abroad will likely count as time in the U.S.

Be able to pass the English and civics tests

You must be able to read, write, and speak English and have knowledge and an understanding of U.S. history and government (also known as civics). CitizenPath can show you How to Prepare for the U.S. Citizenship Test & Interview. USCIS does provide some English language exceptions and medical disability exceptions for those who qualify.

Be a person of good moral character

If you are concerned that your moral character may be in question due to even a minor incident, you should consult an immigration attorney before filing Form N-400, Application for Naturalization.

The terms nationality and citizenship get used interchangeably, but they can be very different in meaning. Now you know what it means to be a U.S. national vs U.S. citizen.

CitizenPath provides simple, affordable, step-by-step guidance through USCIS immigration applications. Individuals, attorneys and non-profits use the service on desktop or mobile device to prepare immigration forms accurately, avoiding costly delays. CitizenPath allows users to try the service for free and provides a 100% money-back guarantee that USCIS will approve the application or petition. We provide support for the Citizenship Application (Form N-400), Green Card Renewal (Form I-90), and several other immigration services. 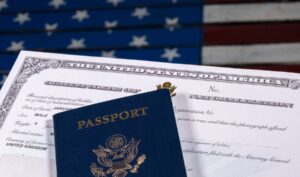 If you’re a permanent resident in the United States, the process to apply for citizenship END_OF_DOCUMENT_TOKEN_TO_BE_REPLACED

Yesterday, the Biden administration unveiled a new immigration reform bill that could affect millions of END_OF_DOCUMENT_TOKEN_TO_BE_REPLACED 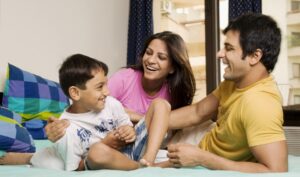 Contrary to popular belief, children (minors under the age of 18) generally cannot naturalize as END_OF_DOCUMENT_TOKEN_TO_BE_REPLACED