It is becoming increasingly important to have proof of your immigration status in the United States. Having immigration papers, documentation or proof of your legal status is essential if you have contact with law enforcement or immigration officials. In the current environment, even natural-born U.S. citizens can run into problems with identification. What’s more, immigration paperwork can be necessary to gain access to many government benefits, secure housing, obtaining driving privileges, just to name a few.

Foreign nationals who wish to work, get a driver’s license, … must have the appropriate immigration papers to prove status. These papers come in a variety of types and can be confusing. However, in virtually all uses, the immigration documents must be valid and unexpired. If you have an expired document, you’ll need to renew or replace it.

In 1986, Congress enacted the Immigration Reform and Control Act (IRCA) in an effort to address the problem of people illegally immigrating to the United States and becoming employed by U.S. employers. IRCA requires all employers, regardless of number of employees, to verify the identity of new employees and their eligibility for employment in the United States.

The lists of examples above are not inclusive of all possible immigration papers for use in employment. Additional documents and some restrictions may apply. Please refer to USCIS I-9 Central for details.

Proof of Status for Driving

In the United States, driver’s licenses are not issued by the federal government. Each state issues their own driver’s license. Consequently, there may be slightly different requirements in each state that affect foreign nationals.

Resident non-citizens who wish to driver must obtain a driver’s license from the state where they live. Again, each state may have different requirements. Generally, the following immigration papers may be used to apply for a driver’s license:

For the specific driver’s license requirements for your state, check your state’s department of motor vehicles.

Like natural-born U.S. citizens, foreign-born U.S. citizens are also generally eligible for health insurance through the Affordable Care Act (ACA) – also known as Obamacare. However, permanent residents and many other lawfully present immigrants are eligible. To qualify, applicants will be required to provide immigration papers that prove their status.

Foreign-born persons who become U.S. citizens may prove their immigration status with a variety of documents including: Certificate of Citizenship, Certificate of Naturalization, or U.S. passport.

To replace a U.S. passport, you can submit an application directly on the U.S. Department of State website.

Also known as a green card or resident alien card, the permanent resident card if proof of a foreign national’s right to permanently live and work in the United States.

To replace or renew a 10-year permanent resident card, you may file Form I-90, Application to Replace Permanent Resident Card. Conditional residents with a 2-year green card may replace a lost/stolen green card with Form I-90 but should not a renew a card with Form I-90. Instead, conditional residents file Form I-751, Petition to Remove Conditions on Residence, in the 90-day period before the 2-year card expires.

RECOMMENDED: My Green Card Was Lost Or Stolen

It can take several months to obtain a new green card. When attending the biometrics appointment, USCIS will place a sticker on an existing green card to extend its validity for another year. If you have lost your card, you may request an I-551 stamp in your valid foreign passport. File Form I-90 first and get your receipt number. Upon confirmation that you have successfully filed, call USCIS at 1-800-375-5283 to schedule an appointment at your local office. CitizenPath can provide you more detailed directions in your filing instructions.

A variety of foreign nationals with a nonimmigrant status may be eligible for an employment authorization document. Also known as a work permit, the card is proof of employment authorization for several visa types and other status. Some common immigration statuses eligible for an EAD include: adjustment of status applicant, DACA, TPS, asylum/refugee, and certain F-1 students with special permission to work.

The I-94 Arrival/Departure Record, also known as Form I-94, confirms that a foreign visitor has been lawfully admitted (or paroled) into the United States. It also includes information about the visitor’s visa status and permitted duration of stay.

RECOMMENDED: How to Find an I-94 Record

If CBP issued you a paper I-94, you may file Form I-102, Application for Replacement/Initial Nonimmigrant Arrival/Departure Document.

Foreign passports are not under the purview of the United States government. In other words, you will need to contact your country’s embassy here in the United States. Each country has its own rules on replacing or renewing a passport.

Note to Reader: This post was originally published on October 1, 2019, and has been modified with improvements.

For immigrants arriving to the United States, the American tax system can be a very END_OF_DOCUMENT_TOKEN_TO_BE_REPLACED 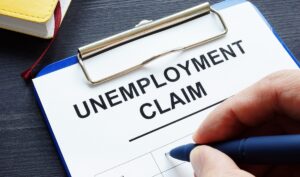 It’s happening to millions of Americans. And immigrants are no different. The COVID-19 outbreak and END_OF_DOCUMENT_TOKEN_TO_BE_REPLACED