For immigrants arriving to the United States, the American tax system can be a very new and confusing concept. In fact, the U.S. tax system is so complex that most natural-born Americans have difficulty filing each year. As a general rule, U.S. tax law applies to you if you live in the United States or spend a significant amount of time here. And income taxes can affect immigration status.

In the United States everyone with income above certain levels is expected to file a tax return. That’s not true in all countries around the world. In many countries, the government withholds taxes from paychecks, and the individual never has to directly file an income tax return. The Internal Revenue Service (IRS) is the U.S. agency responsible for collecting taxes.

Whether you are a lawful permanent resident or an undocumented immigrant, it’s important that you get a basic understanding of your tax filing obligations.

Are You a Resident or Non-Resident Alien?

The IRS uses two tests — the green card test and the substantial presence test — to assess your alien status. If you satisfy the requirements of either one, the IRS considers you a resident alien for income tax purposes; otherwise, you’re treated as a non-resident alien. (Note: these terms are for tax purposes only and do not imply an immigration benefit.)

As a resident alien, you’re subject to the same tax rules as U.S. citizens. This means that you must report all income you earn on annual tax returns, regardless of which country in which you earn it. A non-resident alien must also pay income taxes to the IRS but only on the income that’s effectively connected to the U.S., which generally includes the money you earn while in the U.S. All of this can get a little tricky. If you are unsure, contact a tax professional to assist you.

RECOMMENDED: 3 Things You Need To Know About Taxes Before Moving To The U.S.

It’s possible to lose your status as a lawful permanent resident based on how you file (or do not file) taxes. It also affects your ability to naturalize as a U.S. citizen.

File Under The Correct Residency Status

There are a couple of common ways that taxes can affect your status as a permanent resident. First, there may be some tax advantages to file your income tax return as a non-resident, but this could adversely affect your immigration status. The IRS has its own way of calculating who is considered a resident versus a nonresident alien (as discussed in the previous section). Filing taxes with the IRS as a “non-resident” can lead the government to believe that you are a resident in another country and have abandoned your permanent residence in the United States. Before you file as a non-resident, speak to an immigration attorney.

Tax History Review When You Naturalize

It should go without saying, maintaining your permanent resident status is essential for naturalizing as a U.S. citizen. Additionally, failure to file taxes can negatively affect your ability to naturalize. Eligibility for naturalization requires that you demonstrate good moral character. When preparing Form N-400, Application for Naturalization, you will be asked specific questions about filing taxes. If U.S. Citizenship and Immigration Services (USCIS) believes that you have avoided your tax obligations in any way, they will likely deny the application based on the good moral character requirement.

If you do plan to apply for naturalization and have failed to file tax returns or pay taxes in the past, you can resolve the problem. Enter a payment plan (called an offer in compromise) with the IRS and begin making payments. At your naturalization interview, show the USCIS officer your IRS letter that details the payment plan along with receipts of payments already made against the plan.

If your green card has expired, you continue to be a permanent resident of the United States. In the same way, you continue to have the same tax filing obligations. Renew your green card by filing Form I-90, Application to Replace Permanent Resident Card. If you’ve fallen behind on taxes, it won’t affect your green card renewal. But it could affect future immigration benefits. So take action by contacting a tax professional and/or setting up a payment plan with the IRS.

Abandoning a Green Card May Trigger the Exit Tax

If you are considering the surrender of your green card and relocating to a different country, speak to a tax professional about the consequences. Each year, some permanent residents file Form I-407 to voluntarily abandon status as a lawful permanent resident in the United States. Although there may be some tax advantages, there are also steep tax costs. Expatriating from the U.S. tax system triggers an exit tax. Speak to your tax professional to see how the exit tax affects your situation.

Include Your Spouse When You File

Taxes can also affect persons who have recently immigrated through marriage to a U.S. citizen or permanent resident. If you recently arrived to the U.S. as a K-1 fiancé or spouse, you should be filing jointly in the next occurring tax filing with your spouse. When filing Form I-485 to adjust status to permanent resident status on the basis of marriage, you must prove that the marriage is bona fide. You’ll need to submit several documents as evidence of your genuine marriage, and tax documents are critical. USCIS will review your tax returns (for any relevant years) to confirm that they were filed jointly.

After two years as a conditional resident, you’ll need to file Form I-751, Petition to Remove Conditions on Residence. Again, you must establish that you and your spouse have a bona fide marriage. Submitting jointly filed tax returns is essential evidence to be included with the I-751 petition.

Even Undocumented Immigrants Should File Taxes

Undocumented immigrants include anyone that entered the United States without inspection or overstayed a visa. Regardless of not having a lawful status, there is still an obligation to pay taxes. It’s often easier for undocumented immigrants to avoid income taxes. After all, payments are often in cash. But it is possible to pay income taxes, even without a Social Security number. You can obtain an Individual Taxpayer Identification Number (ITIN) from the IRS to file your taxes.

Generally, a successful cancellation of removal case will also result in the immigrant receiving a green card. However, it’s more complicated that just meeting the requirements. There is a numerical limit on available green cards, and the immigration judge has discretion. Therefore, providing ample evidence (including payment of taxes) is a solid start for demonstrating that you are honest and deserving to be allowed to stay in the U.S. and receive a green card.

There’s also the possibility of future immigration reform that will one day address the millions of undocumented persons in the United States. If and when immigration reform is passed, it’s expected that two major hurdles of eligibility will be proving physical presence and good moral character. A history of filed tax returns is evidence for both of these requirements.

If you want to help a family member immigrate to the U.S. and obtain a green card, you will need to act as a sponsor. As a sponsor, you’ll need to file Form I-864, Affidavit of Support. The affidavit of support is required for most family-based immigrants and some employment-based intending immigrants to show that they have adequate means of financial support and are not likely to become a public charge. It’s a contract between a sponsor and the U.S. government, in which the sponsor promises to support the intending immigrant if he or she is unable to do so on their own.

As the sponsor, you must provide evidence that your income is at least 125% of the federal poverty guidelines (with some exceptions). Federal tax returns filed with the IRS are your historical proof of income.

Getting Help with Tax Preparation

Not everyone is required to file an income tax return each year. The amount of income that you can earn before you are required to file a tax return depends on the type of income, your age and your filing status. IRS Publication 519 Tax Guide for Immigrants addresses many common tax issues for immigrants. If you are uncertain of your obligations, several resources are available:

Disclosure: CitizenPath partners with certain vendors who serve the immigrant community to bring you information about their services. Myra Wealth is a valued partner, but this is not a sponsored post.

CitizenPath provides simple, affordable, step-by-step guidance through USCIS immigration applications. Individuals, attorneys and non-profits use the service on desktop or mobile device to prepare immigration forms accurately, avoiding costly delays. CitizenPath allows users to try the service for free and provides a 100% money-back guarantee that USCIS will approve the application or petition. We provide support for the Adjustment of Status Application (Form I-485), Citizenship Application (Form N-400), and several other commonly used USCIS forms.

Note to Reader: This post was originally published on February 28, 2017, and has been modified with improvements.

Yesterday, the Biden administration unveiled a new immigration reform bill that could affect millions of END_OF_DOCUMENT_TOKEN_TO_BE_REPLACED 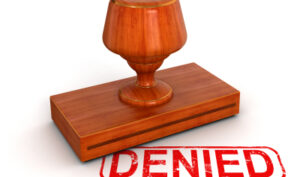 Are you getting ready to prepare an immigration form for you or a relative? In END_OF_DOCUMENT_TOKEN_TO_BE_REPLACED