Immigration law (INA §245) allows certain foreign nationals who are physically present in the United States to adjust status to permanent resident (green card holder). However, the foreign national will not be eligible to file Form I-485, Application to Adjust Status, if one or more bars to adjustment applies. Bars to adjustment of status are rules that exclude certain individuals that have committed a particular act or violation. They are factors that can disqualify an applicant. Many applicants get a Form I-485 denial as a result of bars they didn’t realize existed.

Some of the most common statutory bars to adjustment that result in I-485 denials include:

Depending on how you entered the United States or if you committed a particular act or violation of immigration law, you may be barred from adjusting status. You are ineligible to apply for adjustment of status if one or more bars to adjustment listed in section 245(c) of the Immigration and Nationality Act (INA) apply to you. These applicants should expect a Form I-485 denial unless they also qualify for an exemption.

Exemption for I-485 Bars

Some “privileged” categories of immigrants may be exempt from certain bars to adjustment. The INA provides exceptions for these individuals. In other words, their violations of these specific rules do not result in a Form I-485 denial. The bars to adjustment discussed in this article do not apply to:

You are most likely in a lawful immigration status if you have documentation that grants permission to be in the United States and that documentation is current and valid. Examples of documentation include a valid visa, parole, deferred action or visa waiver program.

On the other hand, if you have been granted an immigration benefit (such as a visa, parole or other status) that has expired or been revoked, you are not in a lawful immigration status.

Kamala is an Indian national who uses a B2 visa to visit her sister in the United States. She is enjoying her time so much that she decides to stay beyond the authorized date of stay on her I-94 record. Kamala wants to make it permanent. Her sister, a U.S. citizen, files an I-130 petition to help Kamala obtain permanent residence. Years later, Kamala’s immigrant petition becomes current. She decides to file Form I-485 to adjust status immediately. Kamala receives a Form I-485 denial. She is subject to the INA 245(c)(2) bar to adjustment due to the unlawful status.

Sofia is an Italian citizen with adult children in the United States. She routinely visits her children in the United States to see them and her grandchildren. On her most recent visit to the U.S. on a B2 visa, she spontaneously decides to stay. Her U.S. citizen daughter helps Sofia file an adjustment of status application. By the time they file the application, Sofia has exceeded her authorized visit. However, because Sofia is the immediate relative of a U.S. citizen, she is not subject to the unlawful status bar. Her I-485 is approved and she successfully adjusts status to permanent resident.

When a foreign national remains in the United States longer than the period of authorized stay, it’s called “overstaying” a visa.

Your visa may be valid for several years. However, the visa does not govern the length of your authorized stay in the U.S. — it merely allows you to enter the United States during that time period. Instead, your Form I-94 Arrival/Departure Record governs your authorized stay in the United States. The date on your Form I-94 is the last day that you are permitted to remain in the U.S., and it may not be valid for as long as the visa is valid. You must depart the U.S. by the date on the Form I-94, or you will have overstayed the visa.

If you have ever overstayed a visa for 180 days or more and then departed the United States, we recommend that you speak to an immigration attorney before filing any USCIS form. This triggers separate bars to reentry that are unrelated to the bars discussed in this article about I-485 denials.

Alberto is a Guatemalan national admitted to the United States as a student (F-1 visa). After completing his degree, Alberto fails to depart the United States as required. He’s fallen in love and lives with his girlfriend in the U.S. After a year, the relationship falls apart, and Alberto decides to return to Guatemala. A couple of years later, Alberto is able to return to the United States on an employment-based L1 visa. Everything is going really well. The company then decides to sponsor Alberto for a green card. The company files an employment-based immigrant visa petition, and an adjustment of status application. Unfortunately, the case ends in a Form I-485 denial. Alberto is subject to the INA 245(c)(2) bar to adjustment due to the prior failure to continuously maintain status after graduation.

With certain exceptions, a foreign national is barred from adjusting status if he or she:

RECOMMENDED: Adjusting Status After Unauthorized Employment in the U.S.

It’s important to note that if USCIS denies Form I-485 to adjust status, any EAD granted based on that adjustment application may be subject to termination. Again, it’s important that the EAD holder comply with the termination if he or she wants to avoid a new violation.

Hideo is a Japanese national who was admitted to the United States as an H-1B nonimmigrant to work for a U.S. employer. After several months, he accepts a position with a different employer who fails to file a nonimmigrant visa petition for Hideo. More than a year after Hideo begins working for the new employer, the new employer finally files an employment-based immigrant visa petition for him. Hideo concurrently files an adjustment of status application. USCIS denies the Form I-485. Hideo is barred from adjusting status based on INA 245(c)(2) and INA 245(c)(8) for the unauthorized employment violations. He was not authorized to work for the second employer.

Rashid is a Saudi Arabian national who enters the United States on an F-1 visa to study at a university. During this time, he accepts a job off campus before obtaining an EAD. Rashid also falls in love with another student. The couple marries, and Rashid files Form I-485 to adjust status as the immediate relative of a U.S. citizen. The adjustment of status application is approved, and Rashid receives a green card. Although Rashid was not authorized to work without an EAD, he is able to adjust status because the immediate relative is exempt from these bars to adjustment.

Avoid the Form I-485 Denial

If any of the above bars to adjustment apply to you, and you are not exempt, seek the assistance of an immigration attorney before submitting any USCIS form. Any immigration attorney can analyze your unique situation and develop a strategy to avoid the Form I-485 denial.

The fact is, there are many aspects of the green card application that can lead to delays and denials. In addition to the bars to adjustment, I-485 denials can be the result of oversights and misinterpretations. That why experienced lawyers created an affordable service for applicants straight-forward cases. CitizenPath is an online service that provides simple, step-by-step guidance through USCIS immigration applications like Form I-485.

Individuals, attorneys and non-profits use the service on desktop or mobile device to prepare immigration forms accurately, avoiding costly delays. CitizenPath allows users to try the service for free and provides a 100% money-back guarantee that USCIS will approve the application or petition. We provide support for the Adjustment of Status Application (Form I-485), Petition to Help a Relative Obtain a Green Card (Form I-130), and several other USCIS forms.

Note to Reader: This post was originally published on July 3, 2018, and has been modified with improvements. 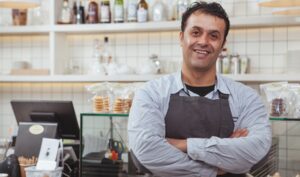 You may be wondering if you can get a green card if you’ve worked in the United States without permission. Continue reading → 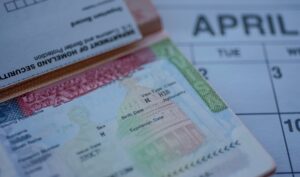 By itself, the H-1B visa does not provide a direct path to permanent resident status (green card) in the United Continue reading → 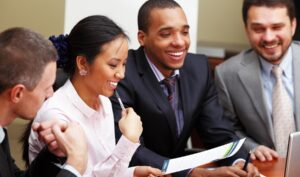