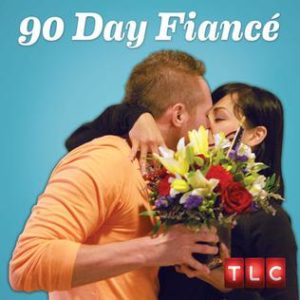 The term “90 Day Fiancé” was made popular by the successful TLC television series by the same name. The realty show, which debuted in January 2014, follows couples who have obtained a K-1 visa.

Long-distance dating is difficult enough. U.S. immigration law doesn’t provide a way for a foreign national to come to the United States for an extended period of time while the couple dates. Instead, the foreign national must be a fiancé of a U.S. citizen with the intent to marry. The couple has just 90 days to get married once the foreign fiancé enters the U.S. The 90 Day Fiancé television series provides an inside look at the stress that the time line and cultural differences create.

Did you know minor mistakes on your Form I-129F petition can cause costly delays and rejections? Prepare Form I-129F, Petition for Alien Fiancé, quickly and correctly with CitizenPath. The attorney-reviewed software guides you through the petition and provides help to answer questions like this one. And personalized filing instructions help you to file your petition today knowing that you did everything right! No credit card or signup required to try it. Get started now >>

If they couple decides not to marry, there is no visa violation (as long as the intent was marriage). However, the foreign national must depart the United States before the 90-day period ends. The foreign visitor is at risk of deportation if he or she does not leave the U.S.