A “spouse visa” in this article is a term to refer to an immigrant visa (green card) for spouses. The U.S. government may issue a spouse visa to the foreign national spouse of a U.S. citizen or permanent resident. For couples who have been married more than two years, the U.S. Department of State will issue an “IR1” visa. On the other hand, spouses who have been married less than two years get a “CR1” visa. This code indicates that the new permanent resident (green card holder) is a conditional resident. In fact, most spouse visa beneficiaries are approved as conditional residents.

Immigration officials, from the U.S. Department of State and also U.S. Citizenship and Immigration Services (USCIS), scrutinize spouse relationships more than other types of immigrant visa applications. That’s because there’s been an historically high rate of visa fraud for marriages as compared to other relationships. Therefore, immigration officials want reassurance that the marriage is legitimate and that the foreign spouse is obtaining a green card based on a genuine relationship.

The cost considerations below are for a spouse visa through consular processing. The adjustment of status path (for applicants physically present in the U.S.) come with additional costs.

There are other costs associated with an application for a spouse visa. For example, every applicant must submit a Form I-693 completed by a USCIS-approved physician. There is no fee for the form. However, the doctor will charge a fee for the exam. The cost of the required medical exam will vary by country, doctor, and any additional vaccinations that may be required. Other costs may include photos to submit with the application, postage, and any transportation fees associated with travel to a consular interview.

To start the process of applying for the spouse visa, you won’t have to submit all of the forms above. In other words, all of the forms are not filed together. Initially, the U.S. citizen or permanent resident files Form I-130 and I-130A with USCIS. Form I-130 is a request by the U.S. citizen or permanent resident to make a visa available to a foreign national spouse.

It’s extremely important to prepare a complete I-130 petition package with all of the necessary supporting documents when filing for a spouse visa. USCIS may send a Request for Evidence (RFE) if any information is missing. This additional step will delay the case and increase the time it takes to approve the petition. The typical I-130 petition package will include:

The example I-130 package described above is for a typical spouse visa case. Depending on your specific case and how you answer questions on the petition, additional documents and/ evidence may be required at the time of filing.

CitizenPath’s I-130 preparation service can help you prepare the petition. Our low-cost software was designed by immigration attorneys to make the process easier and help eliminate common errors that create delays and rejections. Upon completion, you’ll receive the Form I-130, Form I-130A (ready to sign) and filing instructions that have been customized to your answers and specific situation.

As mentioned in a previous section, the I-130 petition is a request by the U.S. citizen or permanent resident to make a visa available to a foreign spouse. For spouses of U.S. citizens, a visa is always available. Spouses of U.S. citizens are considered immediate relatives. On the other hand, spouses of permanent residents are considered family preference immigrants and may experience a bit more of a wait for a visa to become available. However, once USCIS approves the petition, the process is essentially the same for both.

The basic steps to the spouse visa process are as follows:

For more detailed information on what happens after filing Form I-130, view the I-130 processing time.

RECOMMENDED: After I-130 is Approved, What’s Next?

For many spouse visa cases, the process takes less than a year. The entire spouse visa time line can vary for your case. As mentioned, I-130 processing times vary by type of relationship (immediate relative or family preference). Other factors that affect processing time include the workload where your paperwork is processed and how well you prepare the petition.

To petition your spouse for a CR1 or IR1 visa, the requirements are fairly straight forward. The petitioner must:

After USCIS approves the immigrant petition and a visa is available, the foreign national applies for the actual spouse visa. Immigration officials will review the intending immigrant’s background for grounds of inadmissibility. In fact, everyone who applies to enter the United States is checked for inadmissibility. In general, immigration officials will not allow intending immigrants with histories of criminal or terrorist activities, drug abuse, infectious medical problems, or certain other characteristics to enter the U.S.

The following list summarizes some of the major classes of inadmissibility. In some cases, a waiver can be obtained.

If your situation may include any of the above conditions, please consult with an immigration attorney before attempting to file any USCIS form.

Getting a Visa Before Marriage

There is alternative path for couples not yet married. The fiancé of U.S. citizens may generally obtain a K-1 visa to enter the United States for the purposes of marriage. The foreign national must marry the U.S. citizen within 90 days of entry to the U.S. If not married at this point, he or she must depart the country. Once married to the U.S. citizen, the K-1 visa holder may adjust status to permanent resident.

As mentioned, immigration officials issue a conditional green card (CR1 visa) to immigrants who have been married less than two years. In the 90-day period before the two years ends, the immigrant must “remove the conditions on residence.” It’s a extra step, but it’s manageable for most couples. Understanding the purpose of the conditional period and which supporting documents are necessary to remove the conditions can streamline the process.

CitizenPath provides simple, affordable, step-by-step guidance through USCIS immigration applications. Individuals, attorneys and non-profits use the service on desktop or mobile device to prepare immigration forms accurately, avoiding costly delays. CitizenPath allows users to try the service for free and provides a 100% money-back guarantee that USCIS will approve the application or petition. We provide support for the Affidavit of Support (Form I-864), Petition to Help a Relative Obtain a Green Card (Form I-130), and several other USCIS forms.

Note to Reader: This post was originally published on March 13, 2018, and has been modified with improvements. 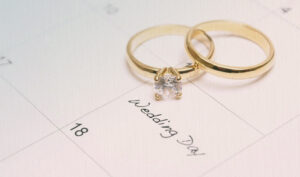 When a U.S. citizen marries a foreign citizen, there are fundamentally two different ways for the foreign citizen to immigrate to the United States and… END_OF_DOCUMENT_TOKEN_TO_BE_REPLACED 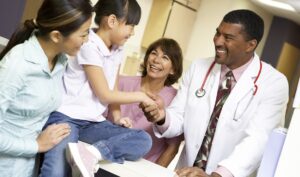 An immigration medical exam is a necessary part of immigrating to the United States and becoming a permanent resident (green card holder). Sometimes called a… END_OF_DOCUMENT_TOKEN_TO_BE_REPLACED 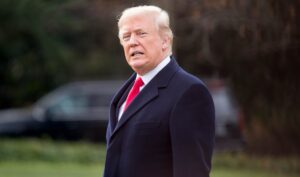 You may be able to move forward with your application under several categories.  Everyday life all over the world has suffered due to the coronavirus… END_OF_DOCUMENT_TOKEN_TO_BE_REPLACED