There are generally three different ways that a child may help legalize a parent. In all cases, it is necessary for the U.S. citizen child to be at least 21 years of age. It doesn’t matter how the child became a U.S. citizen. Citizenship could have been acquired through birth in the United States or via the naturalization process.

Not all undocumented immigrants entered without inspection. Many people who are now undocumented or “out of status” initially entered the United States with a valid visa or other immigration status. They did not depart the U.S. and eventually the status expired. In these situations, the entry was lawful even though the authorized period of stay expired many years ago.

The immediate relatives (spouse, unmarried children under 21, and parents) of U.S. citizens are typically eligible to adjust status to permanent resident if they’re are already inside the United States. In other words, they may apply for a green card, even if they are currently undocumented.

Therefore, the U.S. citizen son or daughter (21 or older) may petition for an undocumented parent, and that parent can then adjust status to green card holder. For parents with no criminal history, no extensive immigration violations, and generally good moral character, adjustment of status should be a relatively simple process.

In review, submitting an adjustment of status application through this path is likely an option if:

An undocumented parent who wants to adjust status and become a green card holder will need to submit an adjustment of status application package. The U.S. citizen child participates as a petitioner and sponsor. The adjustment of status package generally includes the following forms:

CitizenPath helps families by making the green card application process easy. We offer an affordable service, designed by immigration attorneys, that simplifies the process and is guaranteed to be approved by USCIS.

Additional supporting documents must be submitted with all forms above. This list of additional documents varies based on the answers. CitizenPath provides a personalized list of documents to submit with your application. You’ll know exactly what to submit and how to organize your application package.

RECOMMENDED: Applying for a Green Card After a Visa Overstay

While somewhat obscure, many people have been able to gain lawful permanent resident status through Section 245(i) of the Immigration and Nationality Act (INA). If anyone or any employer submitted a visa petition for your undocumented parent on or before April 30, 2001, the parent may have a path to a green card.

In order to adjust under 245(i), your parent must meet all of the following requirements:

In addition to items within the adjustment of status package described in Option 1, applicants filing under 245(i) must include the following:

Adjusting status through 245(i) should be done with the assistance of an immigration attorney.

Finally, there is a potential path for parents of military service members to become legalized. The undocumented parents of a U.S. citizen member of the U.S. armed forces can utilize Parole in Place (PIP) to gain a lawful immigration status. USCIS “paroles” your parents into the U.S., satisfying the lawful entry requirement to adjust status.

Initially, Parole in Place provides protection from deportation and eligibility for work authorization. A grant of PIP from USCIS authorizes your parent’s stay in the United States for a one-year period. The best benefit is a Form I-94. USCIS will issue your parent an I-94 as evidence of parole. This document satisfies the lawful entry requirement for adjustment of status. Your parent can then adjust status as described in Option 1 above.

In order for your parents to qualify for Parole in Place:

Before your parent can apply for a green card through adjustment of status, he or she must first get a PIP grant from USCIS. Your parent must submit Form I-131, Application for Travel Document, and several supporting documents to USCIS. We provide an overview of the parole in place application process, but we recommend using an attorney who is familiar with the process and unique requirements.

Once USCIS grants PIP to your parent, you may petition your undocumented parent and submit the adjustment of status package as described in Option 1. CitizenPath’s easy-to-use online service can help you through this process.

RECOMMENDED: Parole in Place for US Military Families

These are three possible paths to petition for an undocumented parent. Each option provides an avenue to a green card and eventually U.S. citizenship. Again, the petitioning child must be a U.S. citizen who is at least 21 years of age. None the less, not all undocumented parents will be eligible. If your parent doesn’t have a path to legal status through these means, speak to an immigration attorney for other possible strategies and continue to be hopeful for legislation that will provide a broader path to legalization. 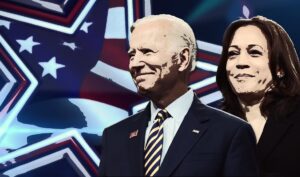 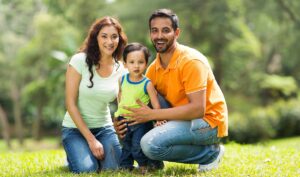