Parole in Place for Military Families

Parole in place (PIP) is available to certain undocumented family members of U.S. military personnel (active or veterans). Beneficiaries who are granted PIP are provided authorization to stay and work in the United States. More importantly, PIP beneficiaries are "paroled" for the purposes of applying for a green card inside the U.S. under §245(a) of the Immigration and Nationality Act (INA).

Parole in place is a significant benefit that’s generally not available to family members of civilians. The policy maintains family unity and gives service members peace of mind. 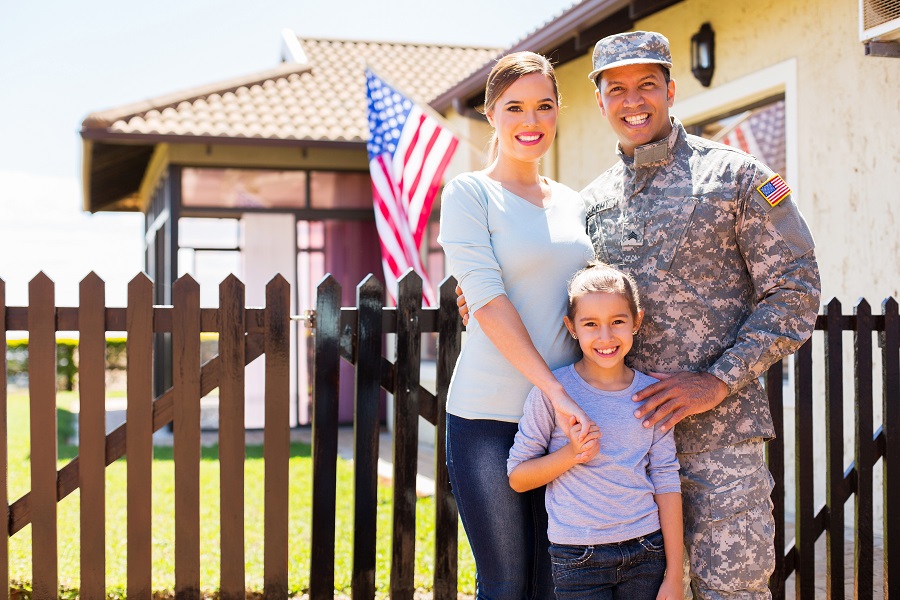 The Problem Addressed by Parole in Place

Under current immigration law, people who entered the United States without inspection (unlawfully) generally cannot apply for permanent residence (green card) from inside the U.S., a process known as adjustment of status. In these cases, the undocumented family member cannot obtain a green card unless he or she returns to the home country for consular processing. However, in most cases, that person will trigger a 3- to 10-year bar as a penalty for the previous unlawful presence. This policy has been criticized because it forces the family to split up and generally makes immigration extraordinarily difficult after an unlawful presence. For members of the U.S. armed forces, these scenarios can create stress and anxiety that adversely affects military preparedness.

U.S. Citizenship and Immigration Services (USCIS) issued a initial memo in November 2013 that details the parole in place policy and provided additional clarification in a November 2016 memo.

The parole in place policy aims to prevent the separation of military families by allowing certain family members to remain in the United States. In addition to being in an authorized stay, the previously undocumented family member(s) may also be eligible for employment authorization. Generally, immediate family members can adjust status to permanent resident (green card holder).

Protection from Deportation and Employment

The immediate parole-in-place benefits include protection from deportation and eligibility for a work permit. PIP authorizes the individual's stay in the United States for a one-year period. The beneficiary is also given an I-94 arrival/departure record as evidence of parole. With the I-94 record, the individual may apply for an employment authorization document (work permit) using Form I-765, Application for Employment Authorization. Applicants are eligible for the work permit as parolees.

Adjustment of status, the process of applying for a green card within the United States, requires a lawful entry. One of the primary benefits of parole in place is the I-94 arrival/departure record. The I-94 is evidence of a lawful entry for the purposes of adjusting status. Even though the individual initially entered the U.S. unlawfully, PIP allows the individual to be eligible to adjust status under INA §245(a). Because an immigrant visa is always available to the spouse, parents, and unmarried children (under age 21) of U.S. citizens, these individuals may generally adjust status immediately. Other types of relationships (such as the spouse and child of lawful permanent residents) may have to wait for an immigrant visa to become available.

Not a Cure All 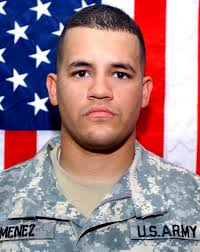 In May 2007, Specialist Alex Jimenez was abducted by insurgents while serving in the U.S. army in Iraq. Tragically, all three captured soldiers would later lose their lives. Prior to his disappearance, Alex had filed papers with USCIS, seeking to obtain a green card for his wife, Yaderlin. Unfortunately the application caught the attention of immigration officials. Yaderlin had unlawfully entered the U.S. from the Dominican Republic in 2001. Removal proceedings began. The government wanted Yaderlin to leave the U.S. and seek her visa in the Dominican Republic. Of course with her husband missing and without his support, she could not hope to return to the U.S. What’s more, after departing the U.S., she would be barred for 10 years from applying. Her prospects seemed hopeless.

Yaderlin’s difficult situation gained national attention soon after Alex’s disappearance. An immigration judge put a temporary stop to the proceedings, and high-ranking government officials took notice. Eventually, the Department of Homeland Security exercised its authority to grant “discretionary parole” to Yaderlin. With this measure in place, she was eligible to adjust status to permanent resident despite her unlawful entry. Within days Yaderlin was able to acquire her green card. She would be guaranteed the right to live in the United States.

Jimenez was a 25-year-old specialist when he was captured; he was promoted to sergeant during his disappearance. His tragic death brought additional attention to the highly criticized policy of separating families in the deportation process and probably accelerated changes for undocumented family members of U.S. citizens in the military. In November 2013, USCIS issued the memorandum which outlined a new policy known as parole in place.

How to Obtain a Green Card through Parole in Place

Foreign national spouses, parents, sons and daughters of U.S. military service members (current or past) who are in the U.S. without a lawful entry may be eligible. U.S. Citizenship and Immigration Services (USCIS) may approved these individuals for parole in place on a discretionary basis. Parole in place may be available to a foreign national who:

These are the basic requirements. It is important to point out that a grant of parole in place is not a guarantee. The U.S. government evaluates each application on a case-by-case basis

A foreign national who entered the United States with a valid visa (that is now expired) is not eligible for parole in place. Generally, immediate relatives (spouses, parents and unmarried children (under age 21) of U.S. citizens) who entered on a valid visa may adjust status after a visa overstay. These individuals, as well as other family members not categorized as immediate relatives, may also be available for deferred action.

Apply for Parole in Place

According to the Immigrant Legal Resource Center, a parole in place application should be submitted at a local USCIS field office with jurisdiction over the applicant's place of residence. Individuals with no criminal history, no extensive immigration violations, and generally good moral character have the best chance for approval. The application package should contain the following items:

Any document containing foreign language submitted to USCIS must be accompanied by a full English language certified translation.

Upon approval, USCIS will grant temporary authorization to stay in the United States for a one-year period. Beneficiaries may generally extend their stay by submitting another PIP application. During the authorized stay in a parole status, the beneficiary may also apply for employment authorization. More importantly, the foreign national will receive an I-94 Arrival/Departure record as evidence of parole status. The I-94 is critical evidence that is necessary to apply for permanent resident status through the adjustment of status process.

Apply for a Green Card

With a grant of parole in place (and an I-94 in hand), the foreign national can generally proceed with the adjustment of status application if an immigrant visa is immediately available. Immediate relatives (spouse, parent, and unmarried children under 21 of U.S. citizens) always have an immigrant visa available. All other family preference categories will require a wait. A family-based application for permanent residence will typically include the following forms:

An adjustment of status application package will also include several supporting documents. The list of items is highly dependent on the type of relationship and specific answers on the forms. Please refer to the USCIS website for each form or your CitizenPath filing instructions.

Generally, parole in place may only be used for the U.S. citizen’s spouse, parents and unmarried minor children (under 21). In some cases, the widow of a U.S. citizen service member can request parole in place. PIP will not, in most cases, provide adjustment eligibility to foreign nationals in the preference categories.
Parole in place is not guaranteed. It is a discretionary policy, and USCIS will review each individual’s situation on a case-by-case basis. It's important to prepare a strong application package that includes sufficient support evidence. Consider using an immigration attorney.
The American Immigration Lawyers Association (AILA) suggests that applicants check off box 1d (“I am applying for an Advance Parole Document to allow me to return to the United States after temporary foreign travel”) under “Part 2, Application Type,” and write “Parole in Place” in red ink next to the description. Then, under Part 4, Information About Your Proposed Travel, Question 1a, Purpose of Trip, the applicant would write “Parole in Place (PIP)” again on this line. To answer Part 4, Question 1b, List the countries you intend to visit, the applicant should write “N/A.”
A foreign national who is in removal proceedings or has been issued a final order of removal may still be able to obtain parole in place. First, you will need to convince Immigration and Customs Enforcement (ICE) to terminate active removal proceedings or to join in a motion to reopen an immigration court case. We highly recommend that you contact an immigration attorney to assist with this process.

USCIS grants parole in place on a discretionary basis. A person with a criminal offense will likely have a more difficult case. Therefore, consult with an immigration attorney if you have a criminal history.