As a member of the U.S. Armed Forces, you may be eligible for naturalization after just one year of military service. This is a significant benefit (as it normally requires five years as a permanent resident before applying for citizenship). It's only available to military members that have served the United States with honor.

To qualify, you must have lived in the U.S. continuously for the three years immediately preceding the date you file Form N-400, Application for Naturalization. You must be married to a citizen the entire time; and your spouse must have been a U.S. citizen for the entire time. The Immigration and Nationality Act (Section 319(a)) details all of the citizenship requirements for a 3-year permanent resident married to a U.S. citizen. We break it down in simple terms here. 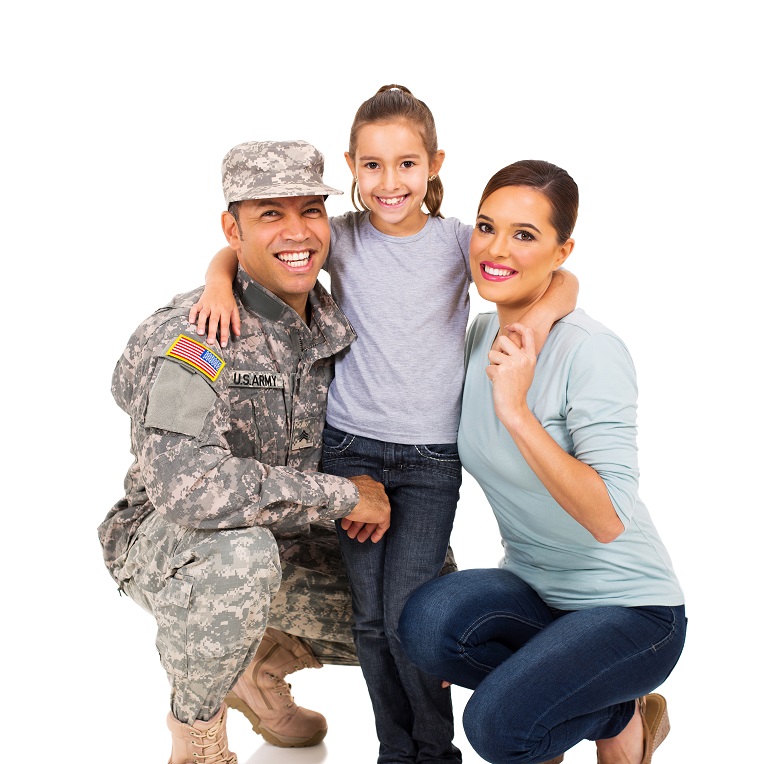 An applicant for naturalization based on military service must meet the following requirements:

To apply under this eligibility category, you must be 18 years of age or older.

You may only use this eligibility category if you have an honorable service record or have been honorably discharged. You must have served for at least one year in the U.S. Army, Navy, Air Force, Marines or Coast Guard.

If you have separated from the U.S. Armed Forces, N-400, Application for Naturalization, must be filed within 6 months of the honorable discharge.

If you were discharged for other than honorable reasons, you are not excluded from naturalization. You likely would not meet the citizenship requirements for military. Instead, you would need to prepare N-400, Application for Naturalization, as a 5-year permanent resident or as a permanent resident married to a U.S. citizen for 3 years.

What's more, the continuous residence and physical presence requirements are waived. Most applicants must be permanent residents for 5 years before submitting Form N-400. Military applicants can file right away.

Generally, you must be able to read, write, and speak English and have knowledge and an understanding of U.S. history and government (also known as civics). You shouldn't be intimidated. You only need a basic level of English. It's also very easy to study for the civics test. CitizenPath can show you How to Prepare for the U.S. Citizenship Test & Interview.

Everybody makes mistakes; you aren't expected to be perfect. The United States wants new citizens to be of good moral character, attached to the principles of the Constitution of the United States, and well disposed to the good order and happiness of the United States during all relevant periods under the law. The citizenship requirements for military personnel are no different. Examples of things that might demonstrate a lack of good moral character include but aren't limited to:

If you are concerned that your moral character may be in question due to even a minor incident, you should consult an immigration attorney before filing Form N-400, Application for Naturalization.

If you've been a permanent resident for at least five years, you may be eligible to naturalize now.

Married to a U.S. Citizen

If you’re a permanent resident that’s married to a U.S. citizen, you may be eligible to naturalize after just three years.

Military personnel use Form N-400, (Application for Naturalization) to apply for U.S. citizenship. The form starts a review process of your entire immigration history. Each year, USCIS rejects or denies thousands of N-400 applications that don't satisfy the citizenship requirements. Therefore, it's important to get it right.
last year
0,413
N-400 forms were filed*
approximately
0,356
applications were rejected*
and another
0,779
got denied*

How CitizenPath Helps You Apply for Naturalization

CitizenPath's self-directed service makes preparing USCIS forms easy. Designed by lawyers, our platform will help you eliminate the common errors that create delays, rejections and even denials. The low-cost service also provides alerts if you answer a question in a way that might be a problem. We'll make sure you meet all the citizenship requirements for military personnel before applying. Most people can prepare the naturalization package within a couple of hours. 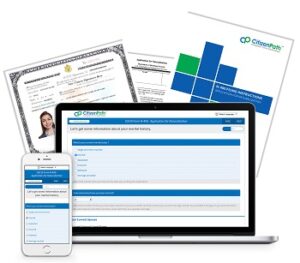