The continuous residence and physical presence requirements can be a point of confusion for many permanent residents (green card holders) when applying for U.S. citizenship through naturalization. If you would an easier way to determine if you meet this requirements, see how CitizenPath can help.

Understandably, permanent residents may want to visit family and friends in their home countries by traveling for extended periods and returning to the United States. For these permanent residents, it is important to understand how long absences from the United States or even frequent trips abroad can affect eligibility for filing Form N-400, Application for Naturalization.

The continuous residence and physical presence requirements serve to support your attachment to the United States. By spending too much time abroad, you signal to USCIS that you may not be fully committed to permanent residence in the United States and also may not be eligible for U.S. citizenship. The requirements are in place to help ensure that the U.S. is accepting citizens that want to fully integrate and become a part of American society.

Travel outside the United States can disrupt your continuous residence. You should avoid any trips abroad of 6 months or longer. For the purposes of naturalization:

An absence between 6 months and one year is presumed to disrupt the continuity of residence. That’s why many permanent residents limit their individual trips outside the United States to 1-5 months at a time. If you travel for over 6 months (but less than a year) at one time, USCIS will automatically presume that you've broken your continuous residence requirement for the purposes of naturalization.

Overcoming a Presumption That You Disrupted Continuous Residency

It is possible to overcome this presumption and successfully apply for naturalization. However, it's a high bar. You will need to provide evidence to establish that you did not disrupt your residence and continued to maintain strong ties in the United States. According to USCIS, the evidence may include, but is not limited to, documentation that during the absence:

If you have an absence of greater than six months and want to apply for naturalization, consult with an immigration lawyer first. A legal professional can properly analyze your specific situation and advise you how to proceed.

Absence of One Year or More

An absence from the United States for a continuous period of one year or more (365 days or more) during the period for which continuous residence is required will break the continuity of residence. This applies whether the absence takes place prior to or after filing the naturalization application. Generally, this is true even if you have a reentry permit. The reentry permit may allow you to reenter the U.S. as a permanent resident after an absence of one year, but none of the time you were in the United States before you left the country counts towards your time in continuous residence. Assuming your absence was less than two years, the last 364 days of your time out of the country counts toward the continuous residence requirement. See the "Four Years and One Day Rule" below.

When applying on the basis of qualifying military service, there is no continuous residence requirement. And when working for certain qualifying employers time spent abroad can count toward the requirement. See the exceptions to residency requirements below.

Four Years and One Day Rule

How to Determine Continuous Residence and Physical Presence 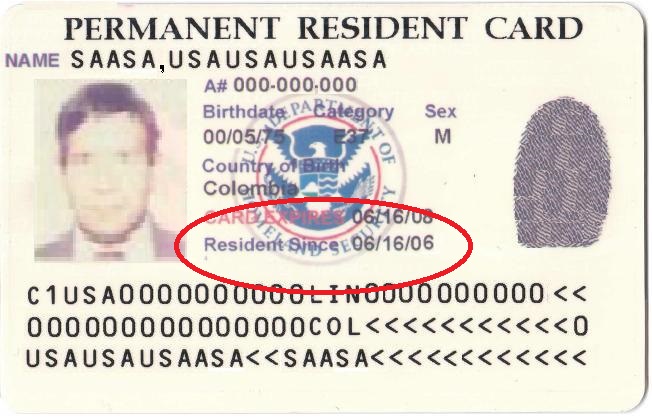 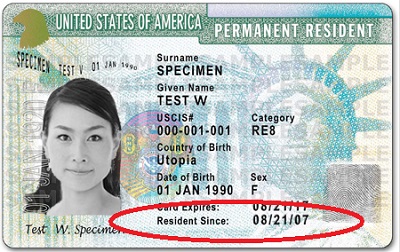 Exceptions to the Residency Requirements

Lawful permanent residents use Form N-400, (Application for Naturalization) to apply for U.S. citizenship. The form starts a review process of your entire immigration history. Each year, USCIS rejects or denies thousands of N-400 applications that don't satisfy the citizenship requirements. Therefore, it's important to get it right.
last year
0,413
N-400 applications were filed*
approximately
0,356
applications were rejected*
and another
0,779
got denied*

How CitizenPath Helps You Meet the Residency Requirements

CitizenPath's self-directed service makes preparing USCIS forms easy. Designed by lawyers, our platform will help you eliminate the common errors that create delays, rejections and even denials. The low-cost service also provides alerts if you answer a question in a way that might be a problem. We'll make sure you meet continuous residence and physical presence requirements before filing. Most people can prepare the naturalization package within a couple of hours. 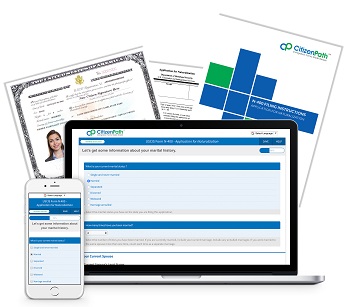