When immigrating to the United States through a spousal relationship, it’s essential to prove your marriage is real. Thus, it’s important to understand how the U.S. government determines if you have a valid marriage for immigration purposes. Because certain permanent residents may become U.S. citizens in just three years if married to a U.S. citizen, the legality of marriage is also vital in these naturalization cases. This article takes a closer look at marriage immigration law and policies from U.S. Citizenship and Immigration Services (USCIS).

Marriage Types USCIS Will Not Recognize

There are cases that USCIS does not recognize marriages, even if they are valid in the place of celebration. Types of marriages that USCIS may consider invalid include:

Death of a Previous Spouse

If your previous marriage ended through the death of a spouse, you’ll need to show evidence that the death occurred before your current marriage began. Typically, you can use a death certificate as proof.

The validity of a divorce outside the U.S. depends on the interpretation of the divorce laws of the foreign country that granted the divorce and the reciprocity laws in the state of the United States where the applicant remarried. If the divorce is not final under the foreign law, the current marriage is not valid for immigration purposes.

A 2013 United States Supreme Court decision clarified the definition of marriage to include marriages with two persons of the same sex. Therefore, USCIS determines the validity of a same-sex marriage by the place-of-celebration rule, just as they do for an opposite-sex marriage. Under the law, same-sex marriages are treated identically.

If the state of residence has a public policy refusing to recognize same-sex marriage, this will not result in a same-sex marriage being considered invalid for immigration purposes if it is valid in the place of celebration. In other words, it is acceptable for the couple to travel to a country and wed where same-sex marriages are legal.

USCIS will only recognize proxy marriages if the marriage is consummated. In other words, the couple must have had sexual relations after the marriage took place. This is an important distinction, because consummation prior to the marriage does not meet the criteria.

RECOMMENDED: How a Virtual Wedding Affects Your Immigration Case

In order for a common law marriage to be valid for immigration purposes:

This can be complicated territory. If you have a common law marriage and want to know it’s validity for the purposes of immigration, it’s best to have an immigration attorney analyze your specific situation.

A Marriage is More Than a Certificate

Depending on the specific immigration benefit you are requesting, USCIS will evaluate your marriage differently. A valid marriage for the purposes of obtaining a green card is slightly different than marriage validity for U.S. citizenship. Either way, you must be able to show that your marriage is genuine.

When preparing your USCIS application, CitizenPath can help you satisfy these requirements. CitizenPath’s affordable, online immigration service makes preparing the forms easy. You’ll also get customized filing instructions based on your answers. Our instructions will explain exactly which supporting documents to submit with your application. Learn more >>

Valid Marriage for a Green Card

When applying for a green card based on marriage to a U.S. citizen or permanent resident, you’ll need to submit proof that you have a “bona fide marriage.” In other words, USCIS wants to see evidence that demonstrates you have a real relationship and intend to build a future together. It’s more substantial than just a marriage certificate. The relationship must be based on more than acquiring a green card.

RECOMMENDED: Applying for Citizenship Through Marriage

A separation, legal or informal, will likely sever this marital union requirement for naturalization. A separation could also invalidate a qualifying relationship for a pending green card application. Therefore, it’s important to consult with an immigration attorney if you have a pending application and your relationship with a spouse is deteriorating.

CitizenPath provides simple, affordable, step-by-step guidance through USCIS immigration applications. Individuals, attorneys and non-profits use the service on desktop or mobile device to prepare immigration forms accurately, avoiding costly delays. CitizenPath allows users to try the service for free and provides a 100% money-back guarantee that USCIS will approve the application or petition. We provide support for the Adjustment of Status Application (Form I-485), Citizenship Application (Form N-400), and several other USCIS forms. 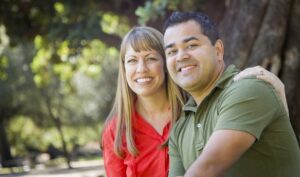 Filing Form I-130, Petition for Alien Relative, for a spouse has additional requirements. Our I-130 checklist for spouses helps you prepare the petition package correctly.… END_OF_DOCUMENT_TOKEN_TO_BE_REPLACED 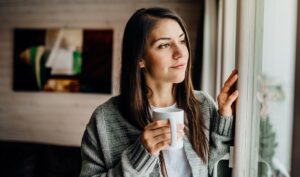 The widow of a U.S. citizen may apply for a green card and even obtain U.S. citizenship. U.S. immigration law accommodates situations where the U.S.… END_OF_DOCUMENT_TOKEN_TO_BE_REPLACED 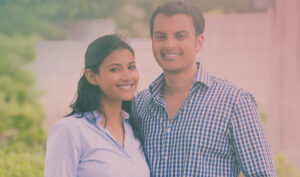 When filing Form I-130, Petition for Alien Relative, on behalf of a spouse, it’s necessary to submit evidence that you have a genuine, bona fide… END_OF_DOCUMENT_TOKEN_TO_BE_REPLACED