Generally, every person who immigrates based on a family-based visa petition must have a financial sponsor. Whoever files Form I-130, Petition for Alien Relative, on behalf of a family member (or Form I-129F on behalf of a fiancé) must also agree to be the financial sponsor and file Form I-864, Affidavit of Support, when the time comes for the person to actually apply for a green card. If this person does not have a sufficient income, there are options.

The need for a financial sponsor is rooted in the requirements that a new immigrant not be inadmissible to the United States. In fact, a foreign national who is deemed to be a “public charge” is inadmissible by law. The Department of State and the U.S. Citizenship and Immigration Services (USCIS) define a public charge as a person who is “likely to become primarily dependent on the government for subsistence, as demonstrated by either (1) the receipt of public cash assistance for income maintenance or (2) institutionalization for long-term care at government expense.” Institutionalization for short periods of rehabilitation does not constitute such primary dependence.

Whichever family member signed the visa petition (Form I-130, Petition for Alien Relative or Form I-129F, Petition for Alien Fiancé) will also need to file Form I-864, Affidavit of Support. This lengthy document is a contract between a sponsor and the U.S. government, in which the sponsor promises to support the intending immigrant if he or she is unable to do so on their own. Generally, the sponsor must prove that he or she has an income that is 125% of the federal poverty guidelines based on the household size.

The guidelines above apply to non-military members in the 48 contiguous states (as well as the District of Columbia, Puerto Rico, the U.S. Virgin Islands, Guam, and the Commonwealth of the Northern Mariana Islands). For sponsors on active duty in the U.S. armed forces or sponsors in the states of Alaska or Hawaii, modified guidelines can be found on the USCIS website.

RECOMMENDED: Top 7 Questions About Form I-864 Affidavit of Support

Again, the sample chart above is for 2021. The financial sponsor will need to check the most current HHS Poverty Guidelines before filing Form I-864, Affidavit of Support. If USCIS increases the guidelines later, it won’t affect applications that have already been filed. Sponsors who want guidance through this process can use CitizenPath to prepare Form I-864. Our process makes it easy to determine household size, household income, and make sure you meet the requirements to sponsor a green card holder.

Jessica is a U.S citizen who petitioned her spouse, Eduardo, for a green card. Eduardo also has a 10-year-old child from a previous marriage. So, Jessica submitted a separate visa petition for her step child. Their total household size is three. It includes Jessica plus the two intending immigrants. Therefore, Jessica must have a minimum of annual income of $27,450 in order to sponsor her family members. She must submit two separate I-864 affidavits. Each intending immigrant has their own petition. Thus, she must submit a separate Form I-864 for each person.

Rajesh, a U.S. citizen, has petitioned his adult son, Nilesh, an Indian national. Nilesh also has a dependent spouse and two minor children that were listed on the immigrant petition. Although Nilesh is highly educated and will probably find a well-paying job quickly, Rajesh must act as the financial sponsor for his family. Rajesh is currently living with his wife only. Therefore, the new household size is six. Rajesh needs an annual income of at least $44,475 to act as the financial sponsor for the four intending immigrants (Nilesh, his wife and two children). Since all intending immigrants are listed on the same I-130 petition, Rajesh only needs to submit one I-864 affidavit.

When the Financial Sponsor’s Income is Insufficient

If the financial sponsor’s income does not meet the requirement, personal assets such as checking and savings accounts, stocks, bonds, or property may be considered in determining financial ability. The assets must be convertible to cash within one year. Further, the assets don’t get counted at their full cash value. The value will be adjusted on the affidavit of support.

Most people don’t have the cash assets required to qualify. So it’s easier to find a household member or joint sponsor who can contribute. If there is a relative (spouse, adult child, parent, or sibling) that lives in the same household as the main sponsor, he or she can generally participate as a household member that contributes income. On the other hand, a joint sponsor is an additional sponsor that doesn’t have to be related (to either party) and doesn’t have to live at the same address.

RECOMMENDED: Differences Between a Joint Sponsor and Household Member

Margaret is a naturalized U.S. citizen who lives in America with her husband, William. Margaret’s mother is a widow, and they want to sponsor her for a green card to come live with them. Margaret does not work; therefore, she has no individual income. Her spouse is employed with sufficient income to meet the financial sponsorship requirement. Margaret must submit Form I-864 because she is the one who petitioned her mother. However, because William is a household member, he can include his income in the calculation by filing out Form I-864A, Contract Between Sponsor and Household Member.

Jean Paul is a permanent resident who wants to help his Haitian spouse get a green card and move to the United States. Jean Paul is young and is still attending college. In fact, he has no income because of his status as a full-time student. He is also living alone, so he has no household members to help him sponsor his wife. Jean Paul’s father steps in as a joint sponsor. Since he is not living with Jean Paul, he cannot be a household member. Instead, he is a joint sponsor. Jean Paul must submit Form I-864 even though he doesn’t have an income. Then, his father also submits Form I-864 as a joint sponsor.

Making a determination about the household and joint sponsors can be confusing. Let CitizenPath service help guide you through this process. The Affidavit of Support service is free to get started. Get started to see if your household income is sufficient to sponsor your relative. Get help from our team if you run into a problem.

When Obligations Under Affidavit of Support End

A financial sponsor’s obligations under Form I-864, Affidavit of Support, will end if the person who becomes a lawful permanent resident based on that affidavit:

However, divorce does not terminate a financial sponsor’s obligations under Form I-864.

Very Few Can Avoid the Affidavit of Support

It’s uncommon, but there are a few exceptions to the requirement for an affidavit of support. Perhaps most common is the exception for parents of a petitioned child (under age 18) that will immediately obtain U.S. citizenship through derivation. If the immigrant beneficiary is a child who will become a U.S. citizen immediately upon approval or entry to the U.S. for permanent residence, no Form I-864 must be filed for the child. In this case, the petitioner should submit a Form I-864W to explain the situation.

Individuals who have been working in the United States already for many years may also be exempt from filing Form I-864. To qualify, the green card applicant must have earned or received credit for 40 qualifying quarters (credits) of work in the United States as defined by the Social Security Act. If you think you may qualify, obtain your SSA earnings statement as evidence.

CitizenPath provides simple, affordable, step-by-step guidance through USCIS immigration applications. Individuals, attorneys and non-profits use the service on desktop or mobile device to prepare immigration forms accurately, avoiding costly delays. CitizenPath allows users to try the service for free and provides a 100% money-back guarantee that USCIS will approve the application or petition. We provide support for the Affidavit of Support (Form I-864), Alien Petition (Form I-130), Adjustment of Status (Form I-485), and several other immigration services.

Note to Reader: This post was originally published on March 8, 2017, and has been modified with improvements. 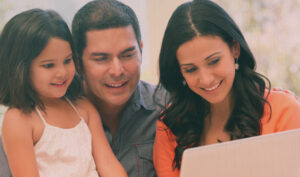 Even many immigration lawyers consider Form I-864, Affidavit of Support, to be one of the END_OF_DOCUMENT_TOKEN_TO_BE_REPLACED

The questions vary from, “Can I apply for a green card after a visa overstay?” END_OF_DOCUMENT_TOKEN_TO_BE_REPLACED