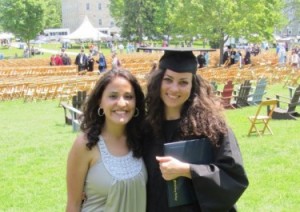 There are an estimated 65,000 undocumented students who graduate from U.S. high schools each year. And although an education in U.S. public schools through grade 12 is guaranteed by law, most (if not all) undocumented students face legal and financial barriers to higher education. Improvements are slow, but change is underway — making college education attainable for DREAMers.

Thus far politicians have failed to pass a federal DREAM Act, a bill that makes higher education more accessible for undocumented youth. For now DACA and a patchwork for state DREAM Acts are easing the pain. Sadly however, over half the nation’s states have not passed DREAM-style legislation and do not have policies that are friendly to undocumented student residents. This means that an undocumented immigrant resident who wants to go to a state college, university, or community college has to pay the much pricier out-of-state tuition rate. What’s more, undocumented students, even with DACA, are ineligible for grants and scholarships at the federal level.

Many state colleges and universities charge undocumented students out-of-state tuition fees (even if the student is a longtime resident of the state). Obviously, this policy can put college out of their reach financially. However several states have passed DREAM Acts or enacted policies that provide in-state tuition. Requirements vary by state. In general, students must live in state and attend high school for a specified period (1-4 years), graduate or receive their GED, and must sign an affidavit stating their intention to file for legal immigration status. States that support in-state tuition for undocumented students: