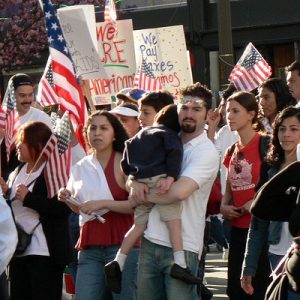 The DREAM Act is bipartisan immigration reform legislation that specifically targets the unfortunate situation that many young undocumented people endure. Young people who were brought to the United States by their parents unlawfully, have no way to obtain legal residency and are forced into a life that is severely marginalized by their lack of legal status. The DREAM Act addresses this tragedy by giving these individuals a path to legal status based on meeting certain conditions.

The latest version of the DREAM Act, known formally as the Development, Relief, and Education for Alien Minors Act, was introduced on May 11, 2011, in the Senate (S. 952) by Sen. Dick Durbin (D-IL) and 32 fellow senators, and in the House of Representatives (H.R. 1842) by Reps. Howard Berman (D-CA), Ileana Ros-Lehtinen (R-FL), and Lucille Roybal-Allard.

How the DREAM Act Helps

The DREAM Act has never garnered the necessary votes to pass into a law. If and when it does, the DREAM Act would enact two major changes in current law:

While the fight for more humane and permanent immigration law continues, some incremental improvements have materialized for some undocumented youth.

In 2012, President Obama authored a memo called Deferred Action for Childhood Arrivals, now often known simply as DACA. The executive action gave undocumented youth that meet specific requirements a temporary reprieve from deportation. Although it is limited in its protections and does not provide legal status, DACA does allow undocumented youth the ability to stay and work in the United States for a renewable two-year period.

Several states have enacted laws permitting anyone, including undocumented immigrants, who attended and graduated from high school in the state to pay the in-state rate at public colleges and universities.

RECOMMENDED: What the DACA Decision Means for Dreamers