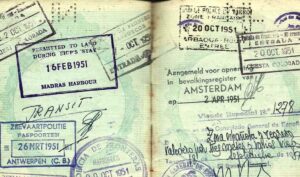 Almost every American has a family history that includes immigration to the United States. Except for the few Native Americans that resided here for thousands of years, the vast majority of us either immigrated or have ancestors that immigrated. Your genealogy search can get a little extra help from U.S. Citizenship and Immigration Services (USCIS) — they have a variety of resources to get you access to these records.

In many cases these immigration records are still available. There are a variety of reasons for wanting these records ranging from curiosity about one’s genealogy to a need for evidence in a current day immigration case.

How to Do a Genealogy Search through USCIS

While USCIS does offer a fee-based genealogy search service, it’s important to know that more recent records about your family may be available at no cost through a Freedom of Information Act request.

Alien Registration Forms (Form AR-2) are copies of approximately 5.5 million Alien Registration Forms completed by all aliens age 14 and older, residing in or entering the United States between August 1, 1940 and March 31, 1944. The two-page form called for the following information: name; name at arrival; other names used; street address; post-office address; date of birth; place of birth; citizenship; sex; marital status; race; height; weight; hair and eye color; date, place, vessel, and class of admission of last arrival in United States; date of first arrival in United States; number of years in United States; usual occupation; present occupation; name, address, and business of present employer; membership in clubs, organizations, or societies; dates and nature of military or naval service; whether citizenship papers filed, and if so date, place, and court for declaration or petition; number of relatives living in the United States; arrest record, including date, place, and disposition of each arrest; whether or not affiliated with a foreign government; signature, and fingerprint. Learn more >

Visa Files are original arrival records of immigrants admitted for permanent residence under provisions of the Immigration Act of 1924. Visa forms contain all information normally found on a ship passenger list of the period, as well as the immigrant’s places of residence for 5 years prior to emigration, names of both the immigrant’s parents, and other data. Attached to the visa in most cases are birth records or affidavits. Also there may be attached other records such as: marriage, military, or police records. Learn more >

Registry Files are records, which document the creation of immigrant arrival records for persons who entered the United States prior to July 1, 1924, and for whom no arrival record could later be found. Most files also include documents supporting the immigrant’s claims regarding arrival and residence (i.e., proofs of residence, receipts, and employment records). Learn more >

Immigrant Files, (A-Files) are the individual alien case files, which became the official file for all immigration records created or consolidated since April 1, 1944. A-numbers ranging up to approximately 6 million were issued to aliens and immigrants within or entering the United States between 1940 and 1945. The 6 million and 7 million series of A-numbers were issued between circa 1944 and May 1, 1951. Only A-File documents dated to May 1, 1951, are releasable under the Genealogy Program. Learn more >

How to Prepare a FOIA Request for your Genealogy Search

The easiest way to file a Freedom of Information Act request with USCIS is to file Form G-639, Freedom of Information/Privacy Act Request. There is no fee to file the form. You do consent to paying up to $25 for copying charges if the files are excessive. However, charges are an extremely rare occurrence. Whats more, the response is now provided on a CD via mail.

CitizenPath is a low-cost service that helps people prepare USCIS forms such as Form G-639, Freedom of Information Act/Privacy Act. Designed by immigration attorneys, our process will guide you through the form with step-by-step instructions so that you can easily complete the FOIA request in about 10 minutes. We’ll provide a neatly prepared form which you can file the same day, and we’ll provide you a set of filing instructions customized just for you. There is no credit card or sign up required to try it out.

Note to Reader: This post was originally published on September 25, 2014, and has been modified with improvements. 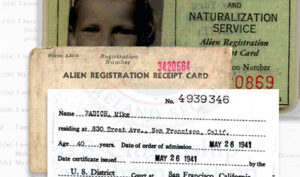