On August 30, 2022, the Biden Administration issued a new rule on Deferred Action for Childhood Arrivals (DACA) that will incorporate DACA into the Federal Regulations. Although DACA was already a matter of policy, the new DACA rule is an effort by the administration to bolster the legal standing of the program to combat various attempts to terminate it. The rule replaces the 2012 memo issued by the Obama administration when it goes into effect on October 31, 2022.

The DACA program protects people who were brought to the United States as children without documentation or who entered lawfully and later fell out of out of status. The program provides renewable two-year grants of employment authorization and protection from deportation.

What’s in a Rule?

You may be wondering why we need a “rule” when there is already executive action in place from the Obama administration. Critics argue that a president’s powers don’t extend far enough to create a massive program like DACA. In fact, that has led to several court challenges which threaten the existence of the program.

Government agencies can create rules under the framework of existing law. These rules are regulations that provide guidance on how things are done.

The Federal Register contains rules and regulations which are regulatory documents having general applicability and legal effect. Most rules are codified in the Code of Federal Regulations (CFR). The regulatory process democratizes rulemaking. It gives the public a chance to comment and generally results in more scrutiny before the policy turns into federal regulation. Therefore, this regulatory process of creating a formal rule helps to overcome at least one reason DACA was ruled unlawful by a federal court.

If you already have DACA, you don’t need to reapply under the new rule. You should renew DACA before your status expires. To renew DACA, you’ll continue to submit the following forms:

Submit all three forms concurrently to U.S. Citizenship and Immigration Services (USCIS). Additionally, include all necessary supporting documents for your situation.

CitizenPath’s affordable, online service makes it easy to prepare all three forms at the same time. Designed by immigration lawyers, the DACA Application Package helps you eliminate the common errors that create delays, rejections and even denials. That’s because the service alerts you when your answer to a question may be a problem. You’ll also get customized filing instructions based on your situation. It’s a powerful, do-it-yourself tool that puts you in control. And we’ve got your back — CitizenPath provides live customer support and provides a money-back guarantee that USCIS will approve your application.

Can First-Time DACA Requests be Submitted Under the New Rule?

The new rule does allow people new to the program to apply. However, a court injunction prevents USCIS from accepting initial applications for now.

What’s Next for DACA

The Biden administration remains committed to protecting the DACA program. In the event a court ruling ends the program, the government will appeal to the U.S. Supreme Court.

For more than 10 years, DACA recipients have waited for a permanent solution to remain in the United States and have a path to citizenship. In addition to living life in two-year increments, recipients have lived in fear that DACA could be rescinded, and they could be separated from their families and deported. The new DACA rule strengthens the DACA program, but it is far from a permanent solution. It’s vital that congress find a long-term solution.

CitizenPath provides simple, affordable, step-by-step guidance through USCIS immigration applications. Individuals, attorneys and non-profits use the service on desktop or mobile device to prepare immigration forms accurately, avoiding costly delays. CitizenPath allows users to try the service for free and provides a 100% money-back guarantee that USCIS will approve the application or petition. We provide support for the DACA Application Package and several other immigration services. 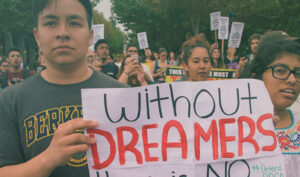 Last year, the Biden administration unveiled a plan to provide a pathway to citizenship for END_OF_DOCUMENT_TOKEN_TO_BE_REPLACED 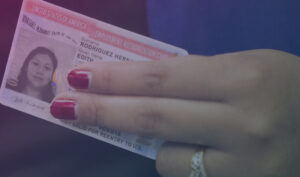 It’s probably the first U.S.-government issued identification that you’ve ever had. So losing a work END_OF_DOCUMENT_TOKEN_TO_BE_REPLACED

Yesterday, the Biden administration unveiled a new immigration reform bill that could affect millions of END_OF_DOCUMENT_TOKEN_TO_BE_REPLACED