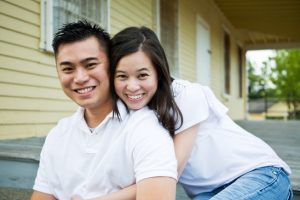 As a K1 visa holder, it’s very important that you marry your U.S. citizen fiancé within 90 days of entering the United States. It’s equally important that you apply for a green card soon after if you intend to stay in the United States. Additionally, any dependent children that came to the U.S. with a K2 visa must also apply for a green card. The process to go from K1 visa to green card is called adjustment of status.

U.S. immigration law requires you to marry the U.S. citizen who petitioned for you within 90 days of your admission to the United States in K1 status. If you fail to marry, you will become removable from the United States. You may choose to cancel the wedding, but you must depart the United States.

Eligibility to Adjust Status as a K1 Entrant

Adjusting status to permanent resident gives you the right to live and work in the U.S. permanently as a green card holder. As the newly married foreign spouse of a U.S. citizen, you will file an adjustment of status package that includes Form I-485, Application to Adjust Status, and several other related USCIS forms. In order to move from K1 visa to green card and be eligible to file, the following must be true:

You should submit all of the following evidence and documentation with your adjustment of status application (Form I-485):

The list above includes the typical forms and supporting documents in an adjustment of status package for a K1 entrant. Depending on your answers on Form I-485, your situation may be different.