If a marriage has been terminated due to death or divorce, and even if the spouse has abused the conditional resident, there’s still an important requirement to prove it started as a good faith marriage. The I-751 waiver after divorce is not a free pass; you’ll need to prove your intentions were honest when you entered the marriage.

USCIS wants to verify that the you entered the marriage for love, not for a green card. A good faith marriage is one that is built on love and starts with the genuine desire to build a life together. A fraud or sham marriage is when an individual enters into the marriage for the purpose of going around immigration laws to falsely acquire immigration benefits.

By not filing jointly with the spouse through whom conditional residence was gained, a petition automatically raises red flags. There is a burden of proof for the single petitioner to prove that he or she originally entered the marriage in good faith and the marriage cannot continue through no fault of the petitioner.

As you may notice when reviewing Form I-751, there are multiple options for filing with a waiver to the joint filing requirement. And multiple choices may apply to your situation. But the option selected and the strategy for proceeding may have benefits and drawbacks. Discuss it with an experienced immigration attorney. The options that may (or may not) apply to this situation include:

How to File an I-751 Waiver after Divorce

To file Form I-751 with a waiver to the joint filing requirement, the following items should be included in the package:

A personal statement and evidence describing the circumstances of your divorce or pending divorce can also be helpful for the I-751 waiver.

Any statement made that suggests you were “at fault” in the divorce can have a negative effect on your case. If you believe the divorce was the result on your actions (e.g. adultery, abandonment, etc.), it’s even more important to seek advice from an experienced immigration attorney.

Waiver When the Divorce is not Final

In some cases the conditional resident’s status may expire before a divorce is final. Divorce proceedings can be very lengthy and interfere with the expiration date of conditional residency. In these cases, there are multiple options which include (but are not be limited to):

In these cases the conditional resident should always consult with an experienced immigration attorney that can provide advice on the best strategy for the petitioner.

If the conditional resident chooses to file Form I-751 with a waiver based on divorce, USCIS will want proof that the marriage has been terminated (e.g. divorce decree or annulment) before it is granted. Therefore, it is helpful to your case to provide evidence that the divorce has been initiated. Examples of acceptable evidence include the court documents that demonstrate the case is in process. In most cases, USCIS will mail a receipt notice (Form I-797C) that extends the conditional resident’s green card for an additional period of time (usually one year). USCIS will also issue a “Request for Evidence” at a later date that asks for the final divorce decree when available.

Waiver without a Divorce – Extreme Hardship

It is possible to file an I-751 waiver even if the spouse refuses to a divorce or the couple is separated and a legal divorce was never filed with the court. If the conditional resident can demonstrate “extreme hardship,” he/she may be eligible to file the I-751 on this ground. Establishing an extreme hardship case can be very difficult. For this reason, the petitioner should always obtain the assistance of an experienced immigration attorney.

After filing Form I-751 with a waiver, the petitioner should expect to attend an interview at the local district office where the conditional resident lives. Petitions with waivers are decided on a case-by-case status. So every detail counts.

This is not a complete description of evidence that must be submitted with Form I-751, Petition to Remove Conditions on Residence. Filing an I-751 waiver after divorce or other events can be a complex process that requires expert knowledge of the law. For these reasons, individuals should consult with an experienced immigration attorney before filing the I-751 waiver after divorce. Refer to USCIS or utilize the services of CitizenPath for a thorough list of items which must be submitted with the petition.

CitizenPath provides simple, affordable, step-by-step guidance through USCIS immigration applications. Individuals, attorneys and non-profits use the service on desktop or mobile device to prepare immigration forms accurately, avoiding costly delays. CitizenPath allows users to try the service for free and provides a 100% money-back guarantee that USCIS will approve the application or petition. We provide support for the Petition to Remove Conditions on Residence (Form I-751), Green Card Renewal (Form I-90), the Citizenship Application (Form N-400), and several other USCIS forms.

Note to Reader: This post was originally published on June 5, 2018, and has been modified with improvements. 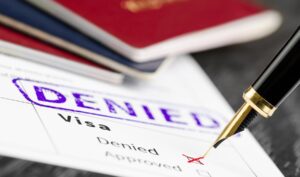 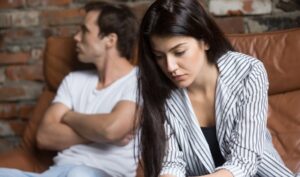 Divorce can be a devastating life event. It’s emotionally exhausting, financially costly and can even affect one’s immigration status in Continue reading →