You are outside the United States. Perhaps you’re visiting family or traveling on business, and you realize that your green card is expiring, already expired or even missing. You already know that having valid, unexpired proof of permanent resident status is critical for reentry at a U.S. port of entry. What to do? First, it’s important to understand that green card renewal from outside the U.S. is not an option. You’ll need to be physically inside the United States to renew a green card.

However, there are solutions to get you home. U.S. Citizenship and Immigration Services USCIS) does not support green card renewal from outside the U.S., but there are various ways to return to the United States after temporary travel abroad. Each depends on your specific situation.

My green card is expiring, but I’m in another country.

If you intend to keep your permanent resident status in the U.S., it’s important to return to the U.S. before your trip extends beyond one year. After a one year absence from the United States (even with a valid green card), you may have abandoned your green card.

Once back in the United States, you must file Form I-90, Application to Replace Permanent Resident Card, to renew your green card. You may leave the country again, but you will also be required to attend a USCIS biometric appointment within the U.S. Completing this appointment is mandatory to complete the renewal process.

My green card expired, and I’m outside the U.S. on a temporary trip.

If you’ve been outside of the United States for less than one year and have an expired green card, you will most likely be able to return to the U.S. as scheduled. But the expired green card will likely create some problems.

Transportation carriers such as airlines and ships must check passengers for passports and a visa before bringing them to the United States. As a permanent resident traveling overseas temporarily, you can use a green card or reentry permit in place of a visa. Customs and Border Protection (CBP) policy permits a transportation carrier bound for the United States to board a permanent resident with an expired green card if the passenger has:

If you meet either of the above requirements, you’ll most likely be able to board your carrier. However, we encourage you to check with your airline or vessel first. In some cases, the transportation carrier may choose to demand valid, unexpired green cards. (If your carrier does not accept an expired green card, you may need to file Form I-131A — see below.) We also encourage you to contact the closest U.S. embassy or consulate. Additional localized information may be available in that country.

While you will probably be able to board your transportation carrier with an expired green card, you should still anticipate complications when reentering at the U.S. port of entry. Reentering the United States is always at the discretion of the CBP officer. It is likely that CBP will require you to pay a reentry fee. In addition to the reentry fee, you’ll need to file Form I-90 to renew the card.

My green card expired, and I’ve been outside the U.S. for more than a year.

RECOMMENDED: Benefits of a Reentry Permit for Permanent Residents

Individuals that have been absent from the U.S. for more than a year but don’t qualify for the above exceptions will most likely need to apply for a green card once again. If you have a U.S. citizen or lawful permanent resident family member, he or she may be able to petition you for a green card. The process begins with the U.S. citizen or permanent resident filing Form I-130, Petition for Alien Relative.

My Green Card Was Lost or Stolen Outside the U.S.

If your green card was lost, stolen or destroyed while traveling abroad, you have a more serious problem. You need documentation to board a transportation carrier and support your admission at the U.S. port of entry.

File Form I-131A, Application for Travel Document (Carrier Documentation), with the nearest U.S. embassy or consulate to resolve this situation. Upon approval, applicants receive a travel document in the form of a boarding foil or a transportation letter. Passengers can present the travel document to the transportation carrier and return to the United States. The document is typically valid for 30 days.

Generally, you should only use Form I-131A to request a carrier documentation if you are:

Unlike most other USCIS forms, you must file Form I-131A at a U.S. embassy or U.S. consulate nearest you. The entire process may take about two weeks before you can return to the United States.

Renewing or Replacing a Green Card

As previously mentioned, USCIS does not permit green card renewal from outside the United States. However, once you return to the U.S., you will need to renew or replace your green card using Form I-90, Application to Replace Permanent Resident Card. Replacing a green card can be a lengthy process, so get started right away.

CitizenPath provides simple, affordable, step-by-step guidance through USCIS immigration applications. Individuals, attorneys and non-profits use the service on desktop or mobile device to prepare immigration forms accurately, avoiding costly delays. CitizenPath allows users to try the service for free and provides a 100% money-back guarantee that USCIS will approve the application or petition. We provide support for the Application for Carrier Document (Form I-131A), Green Card Renewal (Form I-90), the Citizenship Application (Form N-400), and several other USCIS forms.

Note to Reader: This post was originally published on December 26, 2017, and has been modified with improvements. 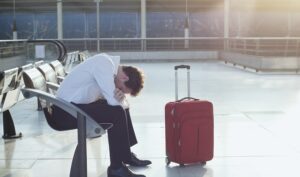 A lost green card abroad can be a travel headache. You must have valid proof of your permanent resident status to board an airline or… END_OF_DOCUMENT_TOKEN_TO_BE_REPLACED 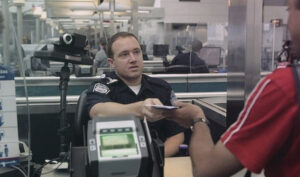 There are several ways that you can lose your status as a lawful permanent resident. One of the most common ways is through unintentional green… END_OF_DOCUMENT_TOKEN_TO_BE_REPLACED

5 Green Card Travel Tips to Avoid Re-Entry Problems and Permanent Residence Abandonment As a lawful permanent resident of the United States, your obligations for… END_OF_DOCUMENT_TOKEN_TO_BE_REPLACED

FORM I-90
Easy to prepare and guaranteed USCIS approval