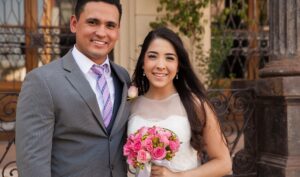 Marrying an illegal immigrant does not cure the immigration problem, but there are remedies for most couples. The solutions generally depend on how the immigrant entered the country and the citizenship status of the person he or she married. These factors also determine how the undocumented immigrant may apply for permanent resident status (green card). Some may be able to adjust status from inside the United States while others must depart the U.S. to apply for a green card through consular processing.

A lawful entry is a requirement for virtually all adjustment of status cases. In other words, the immigrant must have been admitted or paroled into the United States. Typically, the foreign national must have entered the U.S. with valid documentation, made face-to-face contact with a U.S. immigration officer, and that officer acknowledged the individual’s entry to the United States. Generally, this happens at a port of entry (airports, border crossing, etc.) when the foreign national shares a passport and visa.

If the foreign national overstays a visa, the individual becomes unlawfully present. However, he or she still had a lawful entry. U.S. immigration law allows certain foreign nationals who are physically present in the United States to adjust status to permanent resident even after a visa overstay.

On the other hand, departing the United States after certain periods of unlawful presence will generally trigger bars to reentry for:

This is why marriage to an illegal immigrant who has departed the United States can actually make things more difficult.

U.S. Citizen Marriage to an Illegal Immigrant with Lawful Entry

The most straight forward path to legal status for an undocumented individual is generally through marriage to a U.S. citizen after a lawful entry. (If you are not a U.S. citizen or your spouse entered unlawfully, you may want to skip to next section.) The spouses of U.S. citizens are classified as immediate relatives in immigration law. Immediate relatives are exempted from certain rules that would otherwise prevent many applicants from obtaining permanent resident status (green card). Because of this, an undocumented spouse of a U.S. citizen can adjust status after overstaying a visa. As long as the foreign national did not depart the United States, the overstay can be a few days or several years.

No special waivers are necessary for the overstay, provided that the green card applicant has proof of the lawful entry.

Applying for the Green Card 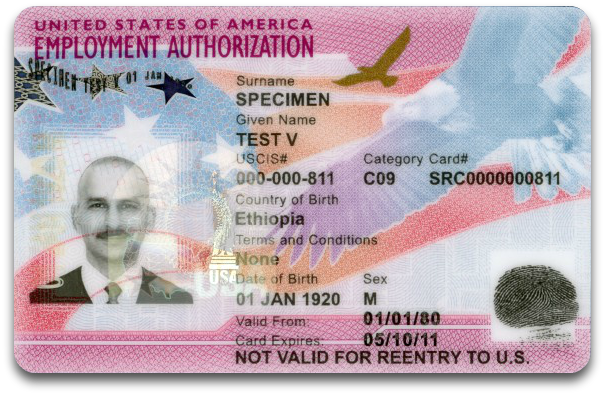 Applicants may request the EAD by filing Form I-765, Application for Employment Authorization. When filed as a part of the adjustment of status package (or while still pending), there is no additional USCIS filing fee.

Generally, adjustment of status applicants may also reenter the United States after travel abroad if they have an approved advance parole document. However, applicants with any accumulated unlawful presence in the U.S. should take additional precautions before traveling outside the U.S. We recommend speaking to an immigration attorney to address the specific situation of the applicant.

Applicants may request the advance parole by filing Form I-131, Application for Travel Document. When filed as part of the adjustment of status package (or while still pending) there is no additional USCIS filing fee.

Marriage to an Immigrant with an Illegal Entry

If your foreign national spouse has spent more than six months (180 days) in the U.S. after an unlawful entry, he or she will most likely have to travel to a U.S. embassy or consulate abroad for the green card interview. As discussed earlier, this is where the 3- or 10-year bar could become a legal obstacle for the application. If you are marrying an illegal immigrant who entered without inspection, an unlawful presence waiver may be available.

Likewise, spouses of permanent residents who have accrued time in an unlawful presence will face hurdles if trying to adjust status. These applicants may also need to use consular processing at the risk of triggering a bar. Again, an unlawful presence waiver may be available to resolve this problem.

Certain immigrant visa applicants who are relatives of U.S. citizens or lawful permanent residents may file Form I-601A to request a provisional unlawful presence waiver of the unlawful presence grounds of inadmissibility under Immigration and Nationality Act section 212 (a)(9)(B). The request is filed and decided before departing the United States to appear at a U.S. embassy or consulate. Thus, the approved I-601A provides the applicant some reassurance that he or she will not be barred from reentering the U.S.

Marriage to a DACA Recipient

The same rules hold true for an immigrant who has been granted Deferred Action for Childhood Arrivals (DACA). As long as the DACA recipient’s most recent entry with a lawful entry, he or she may likely apply for a green card after marriage to a U.S. citizen. For DACA recipients, the lawful entry generally comes in one of two different ways. First, he or she may have used a valid visa to enter the United States with parents. Alternatively, some persons with DACA have previously been able to travel abroad and reenter the United States with an advance parole document. Even if their initial entry to the U.S. was illegal, the most recent entry with advance parole provides a lawful entry for the purposes of adjusting status.

On the other hand, a DACA recipient who most recently entered without inspection has the same problem as most other persons who want to adjust status. The lawful entry is essential. He or she may be a candidate for the unlawful presence waiver.

Marrying an Illegal Immigrant with a Felony

The process described above definitely gets more complicated for someone marrying an illegal immigrant with a felony or other criminal offenses. A variety of criminal offenses can be grounds for inadmissibility. Any person with past arrests or immigration violations should speak to an immigration attorney before submitting any USCIS form. 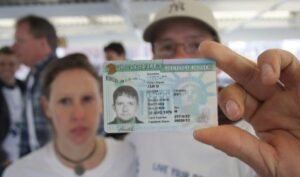 Since September 2017 the Trump Administration has had a policy to end the Deferred Action for Childhood Arrivals (DACA) program. Continue reading →

The questions vary from, “Can I stay in the U.S. after a visa overstay and marriage to a U.S. citizen?” Continue reading →