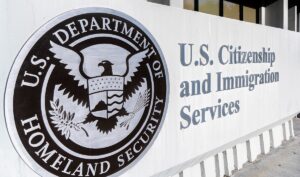 Update: A court injunction has halted the new USCIS fee schedule for now. The old fee schedule continues to be in effect. This could change at any time in the future. Therefore, we recommend that you check the current USCIS fees on the day you file to confirm they’re correct.

The next wave of Trump administration policy designed to reduce immigration is here. U.S. Citizenship and Immigration Services (USCIS) will impose major increases in the immigration fee structure effective October 2, 2020. The USCIS immigration fee increase would nearly double the cost of some applications. However, there are some minor reductions for other types of applications.

The Trump administration is simultaneously squeezing immigrants with a new public charge rule and changes to the fee waiver rules that make it more difficult for low-income immigrants and their families. To add insult to injury, some of the new fees will go to pay for Immigration and Customs Enforcement (ICE).

The new immigration fee schedule increases the costs for several family-based petitions and applications and would even add new types of fees. The proposal was initially published in the Federal Register on Thursday, November 14, 2019. That rule has now been finalized and will go into effect on October 2, 2020.

At a glance, the fee for Form I-485 will go down by $10, but this can be deceiving. Currently, USCIS waives certain fees for adjustment of status applicants. In most cases, the fee for Form I-765 (employment authorization document) and I-131 (advance parole travel document) are waived with a pending I-485 application. The agency’s immigration fee increase returns to a model of charging separate fees for Forms I-485, I-765, and I-131. Unfortunately, this is drastically increasing the cost for nonimmigrant visitors to adjust status to permanent resident. Instead of paying $1,760 in fees for the typical family-based adjustment case, the combined fees are hiked to $2,860 (if an EAD and advance parole document are needed). This will also affect many U.S. citizens. A large percentage of adjustment cases are for the foreign national spouses of U.S. citizens.

What’s more, USCIS has removed the reduced fee for children filing with parents. In the previous fee schedule, children receive a reduced fee if filing Form I-485 with a parent. USCIS is removing the $390 savings. Child applicants must now pay the same fees as adults.

Applicants for U.S. citizenship are some of the hardest hit by the USCIS immigration fee increases. The new fee for Form N-400, Application for Naturalization, is $1,170. That’s 83% more than the current $640 fee. Additionally, fee waivers could be taken away in the future.

The $530 increase will make it increasingly difficult for permanent residents to become citizens through the naturalization process. The move could reverse the efforts made in previous years to make the process more accessible. In the 1990s, the naturalization filing fee was under $100.

The administration’s initial rule had proposed a new $275 fee for requests to renew DACA (Deferred Action for Childhood Arrivals). However, the final rule did not include this fee. Thus, the fee the renewal DACA will continue to be a combined $495. The combined fee includes a $410 filing fee for Form I-765 plus $85 biometrics services fee.

If your DACA status expires within the next six months, you are already encouraged to renew as soon as possible.

The immigration fee increase affects most forms. In some cases, there is actually a small improvement in the fee. We’ve listed some of the most commonly used USCIS forms:

This is not a comprehensive forms or fee changes. For the complete all forms, please refer to the final rule in the Federal Register.

USCIS Fees Will Not Pay for ICE

USCIS officials have said that the immigration fee increase would help pay for an “overextended system.” Generally, the purpose of fee increases is to fund the operations of USCIS operations. However, the proposed rule gave the agency room to use the fee hike for other activities.

The USCIS immigration fee proposal was written to allocate more than $207 million in filing fees to ICE operations, including ICE immigration benefit fraud investigations and enforcement. This is counter to how USCIS has previously operated. The immigration agency charges fees to pay for the services provided to petitioners and applicants. Fortunately, the final rule declined to use funds collected by USCIS for enforcement operations.

Other Obstacles for Immigrants

Over the last year, the Trump administration introduced other measures to limit legal immigration. All appear designed to make it more difficult for lower income immigrants to qualify for benefits.

In January, USCIS finalized changes to a new public charge rule. The modification requires intending immigrants to submit a new, onerous form that dives into the financial background of green card applicants. Combined with stricter guidelines, it would make it more difficult for low-income applicants to qualify. Multiple court injunctions temporarily halted this policy. However, the administration may be able to implement it in the future.

Additionally, the agency removed one of the principal methods to qualify for a USCIS fee waiver. Fee waivers enable certain immigrants obtain benefits for a reduced fee or no fee at all. Many applicants have used means-tested benefits as a qualifying factor. USCIS took away this criterion, meaning that applicants may generally qualify only after submitting substantial amounts of tax return information or other documents to prove income level. Consequently, this measure puts a larger burden of work hours on USCIS to screen applicants. The increased costs get passed on to everyone else.

USCIS is offering a small incentive to those who use the efile system for certain forms. Individuals who file online will receive $10 off the filing fee.

Applicants still have time to seek immigration benefits prior to the new immigration fee increase.

The final rule was published July 31, 2020. USCIS is providing a grace period of up to 60 days in which they will accept both the previous and the new versions of certain forms as long as payment of the new, correct fees accompanies the forms. Applicants and petitioners must use the new or revised form by October 2, 2020.


The fee changes arrive as USCIS is facing a significant budget shortfall and possible furloughs for employees. Unlike most federal agencies, USCIS receives most of its funding from fee collection. The agency closed offices and paused most in-person services due to the COVID-19 pandemic.